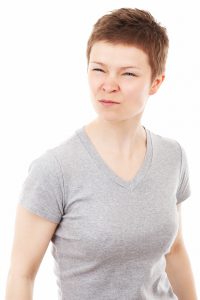 We all know one or two people who are passive aggressive. You know, those people who seem to comply or act appropriately to your face, but are negative and passively resist whatever it is you want them to do. They make excuses for not getting with you and can sabotage your success through manipulation. They display a type of covert aggression which makes relationships difficult and uncomfortable. They won’t deal with their anger directly.

In order to deal with a passive aggressive person, you need to recognize the tactics being used. Once you identify those tactics, you can begin to respond differently.

One tactic is a feigned forgetfulness. “Oh I don’t remember you telling me that,” or “I would have done what you asked had I known it.” It’s a type of playing dumb even though you know they know exactly what was expected. Related to this is the move to evade the topic and simply not give you a straight answer. They work on getting the focus off of them and on to another topic. This evasion maneuver diverts attention. Nothing gets addressed directly as a result.

Sometimes a passive aggressive person flat out lies. They take credit for things they didn’t do or pretend they were somehow involved. I worked with someone like this. He was always criticizing other people but would take credit for everyone’s success behind their back. He made it look like he was saving the day, when in truth, he was taking credit for the work other people had done. And when he would do it, he would pour on the charm, another characteristic of passive aggressive people. They use charm to get their way, but when you disagree, watch out. They become angry but don’t deal with their anger directly. They use intimidation to put you on the defensive.

Somehow, they become the victim, blaming others for their problems or lack of productivity. This is done by making rationalization and excuses for why they could not get the job done or perform as requested. And they play on your guilt. You suddenly think, “Wow, how did this move from their issue to me trying to comfort them?” The hope is you will feel bad and not bring up the problem.

When you recognize these patterns of behavior, you can begin to address them directly. It won’t be easy, but the goal is to block the behavior, especially if the person doesn’t want to change or see the problem. You will need to set boundaries on their behavior and deal in facts, not emotions.

If passive aggressive behavior happens at work, document your concerns with the facts. Ask for a yes or no answer to questions. Stay calm and simple say what needs to happen and the consequences if it is not done. Most important, tell the person that when there is a conflict, you expect them to come directly to you to discuss it. Stick to that message and call the person out when that does not happen. Anger isn’t wrong but it needs to be addressed directly, not behind someone’s back. 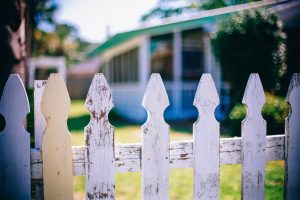 What happens when social institutions like schools and colleges, restaurants, gyms and churches close? We are home and isolated, impacting our mental health. Some groups suffer more than others. Calls to mental health hotlines are on the rise. iGen and Millennials are being hit hard. Many have lost they jobs and have little financial fallback. […]