So Much For Academic Freedom at Brown 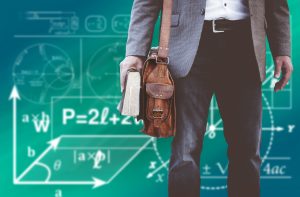 Lisa Littman, an assistant professor at Brown who authored the study, wanted to study this and found that social media and on-line videos about transitioning to another gender were an influence. Based on survey data, parents indicated that social media and immersion in on-line videos were influencing their teens  in terms of their beliefs and changing gender identity. One of the influences was also belonging to a peer group with gender dysmorphic friends who identify with being transgendered.

According to Fox News, Dr. Littman’s study was pulled off the Brown University website five days after it was published. Why? Because the University received complaints that the study was transphobic and might upset or invalidate members of the transgendered community. Brown University decided to censor its academic research because it did not fit an ideology of a particular group.

This is dangerous. Research is supposed to be unbiased and not a vehicle for ideological platforms.  In this case, a group of people didn’t like the conclusion of the study because it didn’t fit their narrative. As a result, they wanted to control the academic dialogue.

Research studies are conducted to discover evidence to support hypotheses. You do not censor the findings if they don’t fit your beliefs or ideas. And when academics are forced to pull studies off their websites to placate certain groups, this compromises the integrity of research. For example, we would not allow a drug company to dictate which studies about their product could be published based on findings. Likewise, we should not allow a special interest group to dictate which studies can be published at universities.

Brown University’s Dean of the School of Public Health obviously doesn’t share my concern for academic integrity–“..the university has heard Brown community members expressing concerns that the conclusions of the study could be used to discredit efforts to support transgendered youth and invalidate the perspectives of members of the transgendered community.” I would hear the concerns and then explain the purpose of research, not pull a study that met criteria for publication.

It is disappointing to see Brown cave to political correctness and compomise on academic freedom. If research conclusions can only be published when they fit a cultural narrative, we are all in trouble. 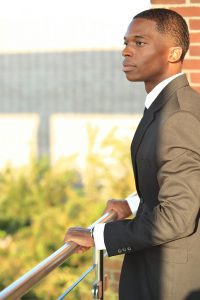 Eating is a normal part of life, but when it becomes a focus or obsession, it can occupy your mind. When eating begins to control you, it’s time for a change. To stop emotional eating, use these 3 strategies: Identify the emotion associated with the urge to overeat. If you’ve learned to ignore your feelings, particularly […]

How to Keep Anxious Thoughts Away

There is so much to be anxious about when you allow you mind to wander into worried waters. However, the goal is not to let your mind take control of your thoughts. Anxious thoughts will come but you have the ability to take charge of them. When you rehearse a few key phrases to replace […]