You are Drinking What Kind of Tea? Kratom? 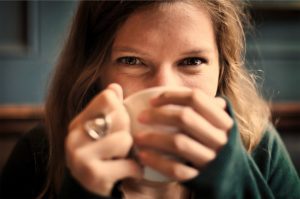 I was in Asheville North Carolina checking in to my hotel when the young woman at the front desk started up conversation. When she learned I was in town to attend an opioid/pain conference, she smiled and said, “Oh, I  have a great pain reliever. I am drinking it right now. It’s my kratom tea. It helps with menstrual pain.” I then asked if she knew what kratom was and she said, “A natural herb that helps with pain.” She was surprised when I told her she was sipping an herb that was controversial and considered by the government to be an opioid.  My new front desk friend had no former drug use or no idea about the controversy. She only knew it was “natural” and sold as a pain reliever. She was a but taken aback and decided to look up the herb to learn more about it.

Kratom, a tall skinny plant (Mitragyna speciosa) in the coffee family is indigenous to Southeast Asia. Kratom has been used by the people in that region for years as a stimulant and to manage pain. When sipped as a brewed tea, it has a stimulant and analgesic effect. It gained popularity here in the States as an alternative to narcotics and to help with opioid withdrawal. Those who use kratom are staunch advocates, but the FDA has not cleared it for medical use, has dealt with a recall due to contamination, and has concerns about complications including death.

There is debate and controversy over whether or not the chemical make up kratom classifies it as an opioid. Over the years, it was regulated as an herbal product by the US Food and Drug Administration and DEA policies. It was legal in many states. But in August of 2016, kratom and mitragynines were going to be moved to Schedule 1 status. This meant the government was going to determine that it had no medical use and had a high potential for abuse. The FDA believed it was contributing to the opioid epidemic. This didn’t happen after push back and pressure from those calling for the FDA to investigate it more.

While kratom has opioid like effects and strongly binds to the same opioid receptors in the brain as heroin and morphine, it doesn’t act like a classic opioid. It has a stimulant effect, not a sedating one. There is no intense high or euphoria reported. At the molecular level, it differs from classic opioids as well. The FDA is concerned that it does have the potential for abuse and addiction and so has issued several advisories regarding use. Used in high doses, multiple side effects like nausea and vomiting have also been reported.

In the government’s eyes, it is an unregulated opioid. At present, it has unproven claims to treat pain and there just isn’t enough science to tell us if this is safe, if it works long-term, or if you are substituting one addiction for another. However, other scientists and physician disagree and think the government should do a better job of regulating it, make it safe and available for adults, especially those coming off of opioids.

Despite advocacy groups and individuals who report benefit, this is the current statement on the UpToDate website, the go to resource for evidenced based clinical treatments that physicians use to make clinical decisions.

Regarding kratom….”has been used for self-treatment of opioid withdrawal, with little published evidence of efficacy and increasing numbers of reports of lethal overdose and other adverse effects. Kratom should not be used in patients withdrawing from opioids.”

You can agree or disagree with current thought and be an advocate either way, but it is important to follow the science. I’ve read the stories of people who say it has saved their lives from opioid addiction and heard their pleas. But we need clinical studies to determine all that is involved.

Stay tuned on this one. 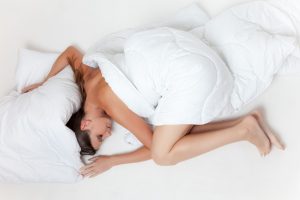