Is There Really Only One Way To God? 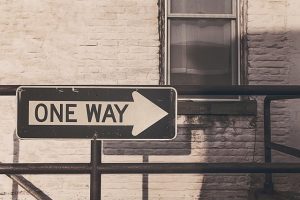 A question often asked is, “Is there really only one way to God? Why is Jesus the only way? The Christian religion seems narrow and exclusive. Why can’t you just validate everyone’s religion as being equally valid?”

This isn’t a new question. People have struggled with the “one way to God” belief for centuries. In fact, in reading Numbers 16 in the Old Testament of the Bible, the struggle with who is in charge and who gets to mediate between man and God is recorded.

Korah, a levite with important responsibilities, joined with others in a rebellion against Moses. Moses and Aaron were chosen by God to be the mediators between God and His people. They were a precursor to Christ coming to fulfill this role to humankind.

Korah didn’t like the fact that God had chosen Aaron and Moses to lead the children of Israel. He felt he and others were equally qualified to approach God on their own terms. He tells Moses, “You have gone too far!” In other words, how dare you be so exclusive when it comes to God. We should have the right to come to God our own way.

Moses puts God to the test and tells Korah to allow God to make the decision as to who will lead His people. Korah had contempt for his assigned duties and desired to be in Moses’ place. Korah’s motive was for glory, similar to Satan when he wanted to take over heaven. Moses was there to serve the people and intercede for them.

When tested, the ground opened up and swallowed up Korah and his people, a swift judgement by God. God shut down the rebellion and maintained His authority. God was clear that He makes the rules and established Moses and Aaron as leaders.

The moral of the story is that God had established the way to Him–first through the Israelite leaders and then through Christ. There is no other way to God. And today, there are people who rebel against this exclusivity. Christ alone is the story of the gospel. It is only through Jesus that we can find our way to God. And one day he will judge those oppose him. That may sound harsh, but it is the heart of the Christian faith which is why we pray in Jesus’ name. Christ was the atonement for our sin, allowing us access to God through His shed blood and resurrection.

The book of Numbers reminds us that rebellion against God’s way is as old as time. God decided the path to Him. Jesus said, ““I am the way and the truth and the life. No one comes to the Father except through me.” This is exclusive. When the culture pressures us to allow multiple ways to God, think of the example of Korah–it didn’t work out well! God is love, but He also will judge those who oppose Him. While He is a God of mercy, He is not a universalist. One way to heaven–and that will offend many people who like Korah, want to come to God on their own terms.