Why Kanye Has to Speak His Mind 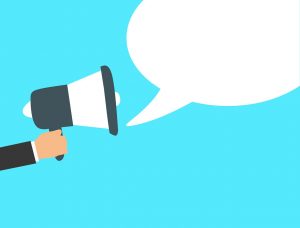 Full disclosure–not a Kanye West music fan. His music just isn’t for me. Not judging, just personal taste. But I  give him big points for his recent stance on not giving in to identity politics. It’s refreshing to see a celebrity who has benefited from the  capitalist system, not throw that system under the bus. But because he doesn’t subscribe to the Bernie Sanders version of socialism, the press and Hollywood, with all their “tolerance”, is pushing back. We just can’t have free thinkers not follow the policies of the progressive agenda.

It’s ludicrous that his position to support Trump is even an issue and I hope Americans see the hypocrisy of identity politics that has squelched free speech. This ongoing discrimination against anyone conservative or Christian needs to stop. It’s not American and smells like totalitarianism. But the fact that this story about Kanye supporting Trump is so big is an indication of how mean-spirited identity politics has been over the past few years. Disagree with us and we come after you! For all their so-called tolerance, the intolerance is astounding.

I, like many Americans, just want to get on with trying to improve things. We elected a President-one you may or may not like. Yet, every time I turn on CNN these days, it is all about Russian collusion–I used to listen to this Sirius XM channel but the one note message has caused me to turn the dial. And the rants against our President on MSBMC have also been off-putting. So while I used to enjoy channeling surfing and listening to various viewpoints on the news, I can’t do it any longer. So many news reporters are now opinion reporters with one message–say and do everything you can to put down this president. It is unprecedented.

Now, I am not supporting Trump with this blog, rather supporting everyone’s right to have a position that goes against the narrative of the few elite that dominate our media. Disagree with them and you are blasted. That is not free speech. And the loss of civility around disagreement is disturbing. When someone supports a conservative, it’s a major story with massive controversy –well, I say, this should be a wake-up call to all Americans. Thinking on our own, not always agreeing with the few people in power, and being free to civil disagree is foundational to our survival.

So thanks Kanye for having the courage to not be ashamed to say what you really believe. I may not always like what you say, but I am thankful you have the right to say it. And you should be able to say what you believe without having threats against you. The thought police don’t like it anyone who opposes them.  It’s time for more people to stop being afraid to disagree with those pushing progressive policies. We are tired of those who have the microphone constantly telling us how to think. Free thinkers make our country what it is. When we lose our ability to think and speak freely, we’ve lost more than popularity. We’ve lost our way!

Separate Bank Accounts: A Lack of Trust?
archives most recent
More from Beliefnet and our partners
previous posts

How to Engage in Mindful Eating During the Holidays

It’s the most wonderful time of the year!  Or is it? Not everyone agrees given the family stress that often accompanies this time of year. So, every year, I remind us to create a positive mindset concerning the holidays. Why? Because this is one time of year we intentionally get together despite our conflicts and […]