Do You Need the Minster of Loneliness? 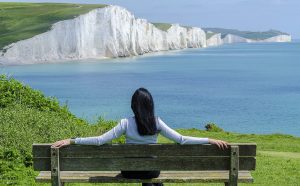 Loneliness can find you. You move away from your best friend, go through a terrible divorce, or maybe your spouse dies. You find yourself struggling with that loss of companionship and the loneliness can be overwhelming. This type of isolation isn’t good for you. In fact, loneliness can lead to reduced lifespan and even set you up for depression.

Loneliness is such a problem that Great Britain has appointed its first ever Minister for Loneliness. Tracey Crouch, a British lawmaker, has accepted the role to help the over 9 million people in her country who struggle with loneliness. She knows first hand what loneliness feels like having been through a difficult time in her own life after the birth of her first child.

And loneliness isn’t limited to Great Britain. Here in the U.S., the former Surgeon General called loneliness a growing epidemic. Survey data estimate that one-third of Americans over the age of 45 feel lonely. This is significant because loneliness has the negative health effect similar to smoking 15 cigarettes a day.

Because loneliness affects the young and old and is experienced globally, the move to address risk factors like the family break down and divorce need to be addressed. In addition, outside of the home, people often feel disconnected in the workplace. This lack of community has a negative effect on people. We are wired for connection.

Ideas to help include building communities in which the old and young help and mentor each other. The retirement communities gaining more popularity in America do help combat loneliness as they build community and provide places for people to eat together and join in activities.

And perhaps Britain’s new appointee should consider the role of faith communities–how churches can bring people together over a common mission that builds community and serves others. Loneliness is greatly helped by joining a body of believers who will put you to work, allow you to mentor others and encourage you when you need that type of help. Yet, this solution of building people in their faith and connecting them through a church is rarely considered on a public level. With the loss of religion not even being discussed in the public square, we are forgetting one of our greatest resources. When I go through a tough time, it is people in my church who pray, bring meals, call and encourage me. That sense of community is a protective factor against loneliness. The care and compassion allow you to feel loved and important. So while we have great ideas to build other forms of community, let’s not forget the role of faith communities.

Have You Done a Friendship Audit?
archives most recent
More from Beliefnet and our partners
previous posts