A Teen’s Perspective on Mom’s Remarriage 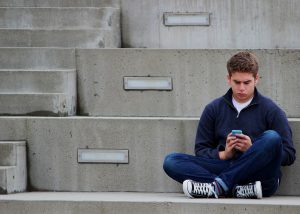 Divorce. Remarriage. Lots of change is involved and kids feel it!

Jason stared at the floor, angry and frustrated. Sitting in my therapy office, a new hurdle confronts this shy fourteen year-old. His mom is about to remarry.

Two years ago dad walked out. No phone calls, visits or contact. Dad moved out of state with his newly found love. The hurt runs deep.

Now, Jason faces another change. A “new dad” is moving in after the wedding. Jason, like so many children, has no interest in becoming a binuclear family. Let’s face it; terms like “stepchild”, “step mom” or “stepfather” don’t exactly conjure up positive images.

Sometimes it is hard to understand that a parent’s desire to remarry may not be warmly received by his or her children. Why? Jason’s family was torn apart, destined now to be replaced with another. He had no say over either event. And he’s still working on forgiving his father and releasing his anger. These negative feelings might be displaced on the new dad.

And what does he call this new guy anyway — dad, stepfather, mom’s husband, Steve? Oddly, he feels loyal to his biological dad, even though dad doesn’t deserve such loyalty. The incoming step dad feels like “an invader from outer space”.

Jason senses that his world is about to turn upside down. Shortly, a stranger will be munching Cheerios across the breakfast table. Mom’s attention and energy will be diverted. He’ll have a 15-year old stepsister with whom he must share a bathroom. Holiday traditions will change. New relatives will make comments about his looks and mannerisms. It all feels overwhelming.

Many newly blended families hope for instant acceptance and intimacy when in reality, it takes three to five years for most family members to feel a sense of belonging–even longer for adolescents.

Remember, your decision to remarry is based on your love for a new person. The children may not share that love and will face major adjustments and more upheaval. Be realistic about the blending process. Pray for wisdom and discernment. Formulating a stepfamily can be difficult. Patience is needed. Be sensitive to what your children are experiencing. After all, while they will most likely adjust over time, this remarriage wasn’t their idea! 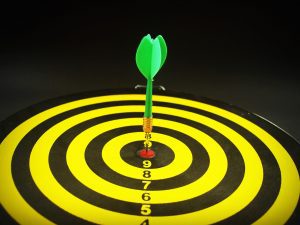 Can You Tell if You Are a Perfectionist?
archives most recent
More from Beliefnet and our partners
previous posts

What happens when social institutions like schools and colleges, restaurants, gyms and churches close? We are home and isolated, impacting our mental health. Some groups suffer more than others. Calls to mental health hotlines are on the rise. iGen and Millennials are being hit hard. Many have lost they jobs and have little financial fallback. […]