The Importance of Relationship Repair 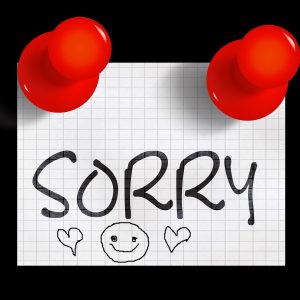 John and Mary had a fight. It was intense and neither is speaking to each other. Their relationship is suffering. Can they fix this? Both said some awful things and now feelings are hurt. They aren’t talking.

A repair begins by acknowledging your part of the problem. You take ownership of your emotions, thoughts and actions. This is the part you control. For example, did you bring the issue up in a respectful manner–not blaming or name calling? Did you stay calm and try to listen? In John’s case, he was accusing and blaming his wife for something he thought she did. This accusation shut her down and she stopped listening.

John wanted to fix their fight so he took the lead. When a fight or argument happens, don’t wait to see who goes first. You go first and make the repair.

When you contribute to a fight with unhealthy responses like John did (blame, criticism, defensiveness, silent treatment, etc.), apologize and ask for forgiveness. This is a step of repair. Acknowledging that you were wrong to talk or behave a certain way, begins the healing. Hopefully, the other person will accept your apology. There are times when people do not. Then, there is little you can do. Most times, however, an apology and plea for forgiveness opens the door to talk. Once John apologized, so did Mary. They were ready to re-engage.

After the apology,pray together. This usually calms the atmosphere. It distracts from the emotional upset and focuses your attention on God’s help in order to engage differently. It’s hard to stay mad at each other when you pray together!

Then try to revisit the issue with the knowledge of correcting what caused the fight (tone, anger, disrespect, etc.). Work on solutions, compromises or different ways to think about the problem. Use the word “we” rather than “I.” This communicates that you are in this together and want to have a solution.

You may not solve the issue, but you will repair the relationship. And that is the point. Couples don’t always agree and solve problems, but the way they treat each other in the process matters. And relationship repairs send the message that you are more important than me being right!

He's Controlling, But I Love Him
archives most recent
More from Beliefnet and our partners
previous posts

The Importance of Fathers and Their Lessons

This week on my radio show we honor dads. No matter what the culture tells you, dads play an important role in the healthy development of children. Too often the role of fathers is minimized or substituted. So let’s look at how important fathers are and the many lessons we learn from them. First, when […]

Anger is rampant in our culture. And it doesn’t seem like it takes much to be on the receiving end of an angry tweet, text or call. People get triggered easily and often. Anger is an intense emotion that when not controlled, leads people to yell, curse and say or do things they may regret. […]