What is Bipolar Depression? 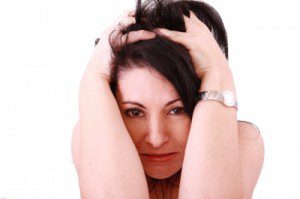 When academy award winning actress, Catherine Zeta-Jones announced that she suffered from Bipolar II Disorder and checked into a mental health facility for a brief stay in 2011, it made celebrity news.

People wondered. What is Bipolar Disorder and how does that differ from depression?

The National Institute of Mental Health estimates that 5.7 million people struggle with Bipolar Disorder, a disorder characterized by extreme shifts in mood.  Formerly known as manic-depressive disorder, it is important to understand what triggers mood swings, be treated and plan ahead.

Bipolar I and Bipolar II are similar in that they both involve mood swings and depression. Bipolar II has milder periods of both elation and depression. This means people with Bipolar II (Hypomania) still swing in their moods but the episodes are less severe, last for shorter periods of time and don’t have delusions or hallucinations (this can be part of Bipolar I). Typically, the elation also doesn’t interfere with work and  social functioning as is the case in Bipolar I.

What to look for regarding mania:

1) Fast and racing thoughts and speech

5) Irritability and lots of energy

If you suspect you may be bipolar, get a physical exam from your doctor and report your symptoms. There is no physical test for bipolar disorder, but you may need a mood stabilizing medication and psychotherapy. Treatment focuses on stabilizing mood so the person can function well. Get the help that is available.

read next post
Adrian Peterson: When Does Spanking Become Abuse?
archives most recent
More from Beliefnet and our partners
previous posts