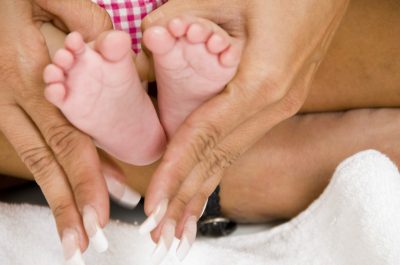 One in 50 children are now diagnosed with autism (CDC). Right now, there are no definitive tests to tell whether a child will develop autism, but we know that the earlier we detect autism, the better we can serve a child.

So how about detection at birth?

A new study by Yale researchers and UC Davis’ MIND Institute discovered a tool they can use to detect who is likely at risk when a child is born. The study looked at the abnormalities in the placenta at birth. Specifically, researchers found abnormal folds of placenta in newborn children. Placenta is responsible for feeding nutrients to a baby and removing waste from his or her blood. It is discarded at birth so easy to use for detection.

Based on the placenta, researchers could identify whether or not that child was the younger sibling of an autistic child, a risk factor that puts a child nine times more at risk for developing the condition. Kliman, the senior author, discovered that the placentas from women whose older children had autism was remarkably different from those who did not. Interestingly, when researchers at UC Davis’ MIND Institute (who have also been studying the causes of autism)  sent 217 placenta samples to Kliman, he was able to correctly identified 90% of them coming from a younger sibling of an autisitc child.

Risk doesn’t mean autism is automatic. The study has to follow these babies who were identified in order to determine which of those children will actually become autistic.

But finding this marker will allow researchers to identify the genetics that set the stage and the environmental triggers involved. Cheryl Walker, the study’s co-author and assistant professor at University of California, sees obesity, nutrition, weight gain or diabetes in the mother, and exposure to chemicals that disrupt hormones factors as influencers of fetal growth and tissues, like those in the placenta and the brain.

The take away for parents: The test can be done even before delivery and if the marker is found, early intervention, when the brain is more open to change, can be done. Again, the marker only means the child is at risk. Further studies will follow those kids and see which ones show signs of autism.

Source: Biological Psychiatry. The study was supported by the National Institutes of Health; the MIND Institute at the University of California, Davis; Yale University Reproductive and Placental Research Unit; and the U.S. Environmental Protection Agency.