What is the “mind of the Church”? 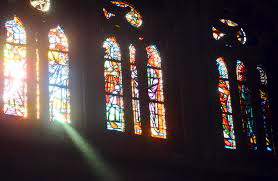 Good question, and it’s something every deacon should ponder.  But Deacon Bill Ditewig has an anecdote that speaks volumes:

One day, as I was leaving the building, I encountered one of our bishops waiting for a taxi. He had been in town for some meetings and was returning home to his diocese. As we were chatting, I asked how he was doing, because he looked very tired and run down. He shared with me how tough things were in his diocese: strategic planning which would be resulting in parish closures and mergers (never popular decisions), financial troubles which would probably end in his having to declare bankruptcy [eventually, that’s what happened], and most disturbing of all, his Vicar General had called to tell him that several more cases of abuse had surfaced, cases that bishop had not known about. All of this was combining to make the problems facing the bishop almost insurmountable.

I asked him if there was anything at all we could do to help him; we agreed that prayer for all was what was needed. His cab arrived and we prepared to go our separate ways. Just as he was about to step into the cab, the bishop stopped and asked if I was still traveling around the country speaking to groups of deacons and priests. I answered that I was. He then told me the following story, and asked me to share it with the deacons of the country.

It seems that just before he’d left for Washington, and after a particularly rough day trying to address the problems we’d been talking about, he received a call from the head of his deacons’ council, requesting a meeting as early as possible. The message said that he really need to talk the bishop about some concerns raised at the most recent meeting of the deacon council.

The bishop agreed, and he said that as he thought about it, he got more excited. Among the deacons of the diocese were accountants, businessmen, lawyers, teachers, farmers, and so on. Almost all were family men. He got thinking that his deacons, all experienced men, had perhaps come up with some strategies or ideas about all of the problems facing the church. Maybe his deacons had come up with some ideas that his other advisors had not — after all, isn’t that what deacons are supposed to do?

The next day, the deacon came in early and they got down to it. The bishop said he could hardly contain his excitement. The deacon told the bishop that the deacons had gathered and that after the meeting they wanted the head of the council to get to the bishop to convey their most serious concern. What was it? The #1 concern of the deacons of the diocese was the fact that deacons were not permitted to wear Roman collars in the diocese.

read next post
How is your Advent going?
archives most recent
More from Beliefnet and our partners
previous posts