“What if I told you Jesus was a black man?” 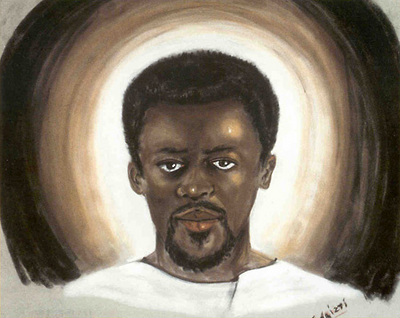 That’s the provocative opener to a terrific essay by my Assistant News Director, Shu-Fy Pongnon, who riffs on the subject at Patheos:

“What if I told you Jesus was a Black man?”

How I came to ask Marie this entirely provocative question five minutes before the start of 7:45 a.m. Mass is a mystery to me now, but I never forgot her answer and its delivery, “Jesus can’t be Black, because I would never bow down to a Black man.” Her voice was firm and her eyes darkened under the memories of abuse she faced at the hands of various Black men in her life, including her then-husband, Max, whose fatal bout with cancer did nothing to inoculate her from his venom.

Before I converted to Catholicism, I was a card carrying Black Hebrew Israelite. If you’re a New Yorker, you might remember these Black men on busy street corners, a fixture at 42nd Street near the Port Authority, dressed in Old Testament Hebrew garb, broadcasting their one-two punch megaphone missive: “The white man is the Devil and the Black man is the true Jew.” It was a message that defined everything about me for four years and it made my Jesus, and by extension, my God, a Black man with an Afro to rival any seen on “Good Times,” with a Barry White baritone-laced gravitas that would make you alternately stand at attention and swoon.

So, for me, God had a color, and gender — he was a man. And not just any man, he was the opposite of everything — including color — that I was taught to value through seemingly innocent social studies lessons and pop culture consumption.

Read the rest. It’s great. This kid has something to say, and knows how to say it.

read next post
Bernardino boom: record number of seminarians
archives most recent
More from Beliefnet and our partners
previous posts