Reporter in Chile: “The Catholic presence was everywhere”

I love reading about mainstream journalists who are also unabashedly Catholic — and this reporter from the AP, who covered the Chilean mining accident and rescue, offers some insight into what sustained the men and their families:

A reporter who covered the Chilean mine rescue for The Associated Press said the miners’ families always believed their loved ones were alive, and that belief was based on faith. 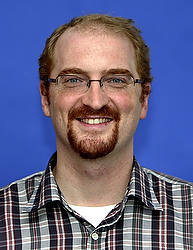 “Many of these families had faith when much of the rest of Chile probably didn’t, from the Aug. 5 collapse until authorities discovered (the miners) were alive on Aug. 23,” said the reporter, Peter Prengaman, 35, a member of the Basilica of the Sacred Heart of Jesus in Atlanta.

Prengaman traveled to Copiapo, Chile, in late August and early September, then returned again to cover the October rescue. In an e-mail interview with Catholic News Service, he said family members often spoke of their faith and “of a belief that they would see their loved ones again.”

“The Catholic presence, and faith in general, was everywhere,” he told CNS. “The family members wore crosses and had religious altars dedicated to their trapped family members. They prayed constantly, and attended Masses that were given at the mine on Sundays.”

Read more about the reporter and his own faith at the CNS link.