Pittsburgh: the city of cardinals 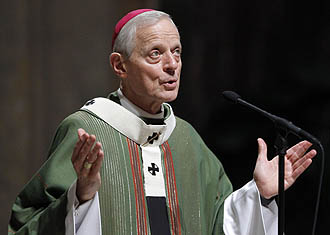 The City of Champions can claim a new American title: No. 1 in producing cardinals for the Catholic Church.

With the expected elevation of Cardinal-designate Donald Wuerl of Washington, D.C., four living cardinals will have grown up in the Diocese of Pittsburgh.

Cardinal-designate Wuerl is also the fourth former bishop of Pittsburgh to receive the red hat. No other U.S. diocese has four living members of the College of Cardinals, said Rocco Palmo, an ecclesiastical analyst who blogs at Whispers in the Loggia.

After the Nov. 20 ceremony, three of the 13 Americans eligible to vote for the next pope will be Pittsburghers.

“It just seems that the ethos of Pittsburgh is something that [Pope] Benedict sees as a template for effective leadership in the church,” Mr. Palmo said.

Cardinals advise the pope, and those under 80 vote in papal elections. With 20 new electors, there will be 121 eligible to vote.

Cardinal-designate Wuerl, who is from Mount Washington, was bishop here from 1988 to 2006. Cardinal Daniel DiNardo of Galveston-Houston grew up in Castle Shannon and was a priest here; Cardinal Adam Maida, the retired archbishop of Detroit, is a native of East Vandergrift and was a parish priest and canon lawyer here; Cardinal Sean O’Malley of Boston attended first through sixth grades at St. Gabriel in Whitehall and spent eight years at the former St. Fidelis Capuchin seminary in Butler County.

“It’s in the water,” quipped the Rev. Thomas Reese, senior fellow at Georgetown University’s Woodstock Theological Center and author of several books on the U.S. hierarchy.

He believes that Pittsburgh’s flight of cardinals is actually due to savvy bishops who sent talented priests to work at the Vatican.

“Bishops who are willing to let good men go over to Rome to work are well-liked in the Vatican.”