Catch the drift: the Church’s “crisis of attrition” 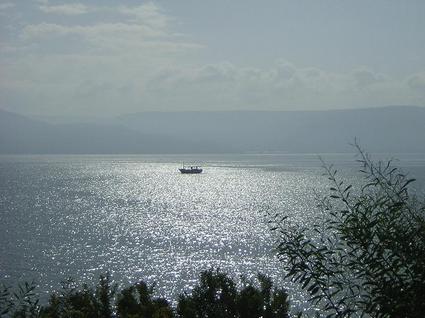 This week’s Commonweal contains a must-read: Peter Steinfels’ long, hard, grieving look at the state of the American Catholic Church. It begins with this observation:

It is not often that someone at a New York dinner party calls for a count of religious affiliations, and I cannot recall exactly what led to it. But one guest suddenly said he had the impression that many of those present were Catholics. “Can we have a show of hands?” he asked.

Two of us raised our hands. A third person, who once wrote frequently in the Catholic press, said “no longer,” though as a conservative he continued to sympathize with the church. A fourth person, with whom my wife and I have sometimes worshiped on Easter, Christmas, and other occasions, chose not to make any declaration at all. Finally, the man who asked the question avowed that he had been raised Catholic, “and I hate everything about it.”

Bottom line? Two-and-a-half out of five, perhaps. Par, you might say, for a bunch of overeducated writer-types. Not at all. That’s roughly the proportion you would find at working-class family gatherings or suburban cookouts. In February 2008, the Pew Forum on Religion and Public Life’s U.S. Religious Landscape Survey, based on interviews with a representative sample of thirty-five thousand adult Americans, reported that one out of every three adult Americans who were raised Catholic have left the church. If these ex-Catholics were to form a single church, they would constitute the second largest church in the nation.

One in three. Think about it. This record makes the percentage of bad loans and mortgages leading to the financial meltdown look absolutely stellar. It dwarfs the bankruptcies of General Motors and Chrysler. Thomas Reese, SJ, the former editor of America, recently described this loss of one-third of those raised Catholic as “a disaster.” He added, “You wonder if the bishops have noticed.”

I wonder too. As far as I know, there has never been any systematic discussion of these findings at the meetings of the United States Conference of Catholic Bishops. They will meet again in mid-November, with an agenda that will deal with many things–but not with these devastating losses.

Of course, bishops are not the only ones who avoid confronting these findings. There are reasons all of us have difficulty doing so, and special reasons that the hierarchy does. After all, among nearly 70 million American Catholics, you can find incredible centers of apostolic energy. You can find saints, charismatic public ones and invisible everyday ones. You can find hypocrites and authoritarians and neurotics and plain old mediocrities. You can find vital parishes and moribund ones. In short, you can find evidence of whatever you’re looking for.

Check out the rest to see where all this leads.