You can’t say that in church: all about “Pulpit Freedom Sunday”

If you wonder why churches cannot endorse political candidates, Chuck Colson explains — and explains what some preachers may be doing about it this Sunday: 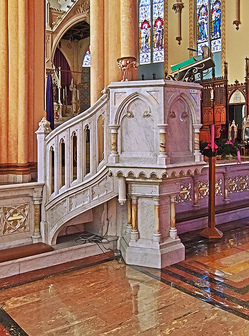 In 1954, then-Senator Lyndon Johnson was in the middle of a particularly bruising re-election battle. Two nonprofit groups had been especially troublesome to the senator, vocally opposing his candidacy.

So, on a hot summer day in Washington, D.C., Johnson slipped an amendment into the IRS 501(c)(3) code that governs nonprofit organizations in order to restrict their speech — including the speech of churches. Johnson’s amendment stated that nonprofits could not “participate in, or intervene in (including the publishing and distributing of statements) any political campaign on behalf of, or in opposition to, any candidate for public office.”

The penalty for such “participation?” Revocation of their tax-exempt status.

Without debate, the Senate held a quick voice vote on the amendment. As the chamber filled with a chorus of “Ayes,” the church became infected with an instant case of laryngitis, thanks to the Senator from Texas.

Before the Johnson Amendment, churches had a strong and vibrant voice in our political and cultural discourse. Their speech was not muzzled, and the church played an important role in speaking out and shaping public opinion on issues such as slavery, women’s rights, child labor, and civil rights.

However, since the passage of the amendment, the IRS has steadfastly maintained that any speech by churches about candidates for government office, including sermons from the pulpit, can result in the loss of tax exemption. Even though the IRS has never revoked the tax-exempt status of any church that has violated the amendment, it has had a chilling effect on the free speech of pastors across the nation.

It’s now time to ask the question: Who decides what the church can and cannot say?

The Alliance Defense Fund looked into the history of the Johnson Amendment and came to the conclusion that the church, and not the government, should determine whether or not it should support a political candidate or speak out on an important moral issue.

ADF concluded that the Johnson Amendment is unconstitutional because it violates the Establishment Clause of the First Amendment by requiring the government to excessively and pervasively monitor the speech of churches to ensure they are not in violation of the amendment. It violates the Free Speech clause of the same amendment since it requires the government to discriminate against speech based solely on its content and makes a tax exemption conditional on speech. Finally, it violates the Free Exercise Clause because it substantially burdens a church’s free exercise of religion.

ADF is not arguing that churches should act like political action committees, or that pastors should routinely endorse or oppose candidates. What they are saying is that while many pastors and other church leaders may choose not–for various reasons–to talk about political issues from the pulpit, that should be their decision, not the IRS’s.

Colson then explains “Pulpit Freedom Sunday”. Check it out. 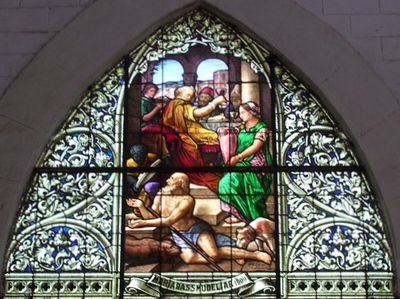 Homily for September 26, 2010: 26th Sunday in Ordinary Time
archives most recent
More from Beliefnet and our partners
previous posts