Who makes all those vestments? 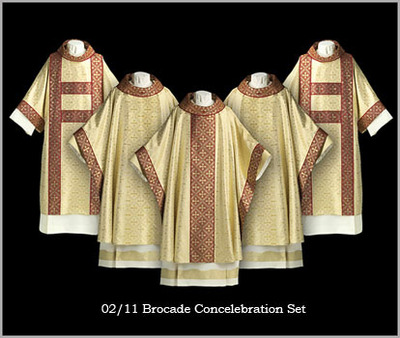 A California paper visits one of the leading manufacturers of church vestments to find out:

It sounds like a New Yorker cartoon the way Mannix Delfino describes a recent Saturday afternoon in her Carson shop.

“It was so cute, the entire room was filled with young priests, all of them about to be ordained, all of them trying on new vestments. It was like a sleepover with everyone looking at themselves in the mirror and asking, `How do I look in this?”‘

With the “this” in question being vestments of ancient style, the kind seen on Roman Catholic Church altars worldwide. And all of it made by hand and by expensive machines not far from the Ikea store at Chagall Design Limited.

If you ever wondered where all the church finery comes from – I’m talking the whole shebang from the bishop’s mitre to a deacon’s plain, but-not-really-so-plain cassock – look no further.

Chagall, which was started by Delfino’s now-retired husband, Jack Degroot, has been in her capable hands since 1991. In that time this attractive, energetic and very smart mother and grandmother has expanded her built-in nurturing qualities, becoming in her answering of a church’s highly unique and almost always frantic needs a kind of den mother, confidant and minister to those who minister.

As a lifelong Catholic, her years at the helm of the firm have changed her view of the church’s colorful rites of worship.

“I’m part of the stage crew,” she jokes, meaning that she knows exactly what it takes to dress the performers in the world’s largest (and original) Christian sect.

Read on. It’s fascinating.  (And yes: we all know the author doesn’t quite have the lingo right when he talks about a “deacon’s cassock.”  That’s the secular press for you.) 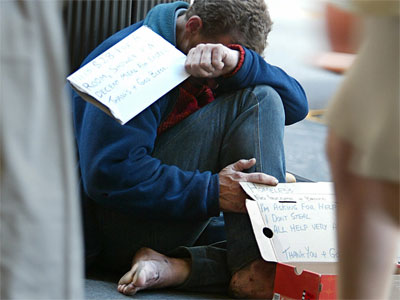