Should we pray for Christopher Hitchens?

Of course. What part of “love your enemies, pray for your persecutors” isn’t clear?

But now that the legendary atheist and Catholic-basher has been stricken with cancer, some are saying we shouldn’t bother.

Then there’s this, from London Telegraph:

I don’t share Hitchens’s worldview, whose central tenet is captured in the subtitle of his 2007 best-seller, God is Not Great: How Religion Poisons Everything. While condemning the intolerance of religious organisations, he shows zero tolerance for believers: a person of faith must be a fanatic, or a fraud. (Mother Teresa, according to his book The Missionary Position, was both.) He refuses to consider the evidence of religious do-gooding, found in the Catholic Church’s AIDS clinics in Africa, Anglican schools in Asia, and Jewish charities around the globe. He is determined to persecute Pope Benedict XVI, and would like to see him arrested on his forthcoming visit to Britain.

Johann Hari has said that we shouldn’t pray for Hitchens. I find myself in a quandary: upon hearing that an acquaintance has throat cancer, of course I instantly want to pray for them. Hitchens is not only an acquaintance, but a life-enhancer. Even when he’s in vicious mode, his prose fizzes and dazzles: “Shepherds”, he informed Canadians during a lecture tour, “don’t look after sheep because they love them — although I do think some shepherds like their sheep too much. They look after their sheep so they can, first, fleece them and second, turn them into meat. That’s much more like the priesthood as I know it.”

I won’t say “Amen” to that, but I would like to get on my knees and say the “Our Father” for someone for whom I have a sneaking admiration. But is it right to pray for someone who claims to find prayer hateful?

Sure. Just because Hitchens thinks that way doesn’t make it so. And prayer isn’t a chore, or a favor we do to bail out someone. It is an act of faith. And it is a gift.  It engages the one who prays in a divine conversation that may do as much for the pray-er as it does for the pray-ee. The entire world is uplifted just a bit if even just one person takes a moment to whisper an “Our Father” with an intention of love and joyful hope.

So, pray for Christopher Hitchens. Whether he knows it or not, he needs it. We all do. 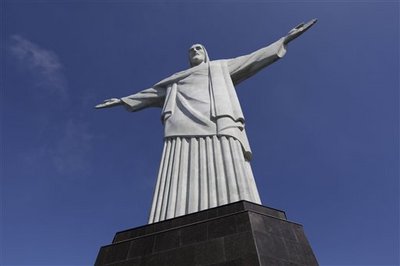