Anne Rice: “I quit being a Christian” — UPDATED 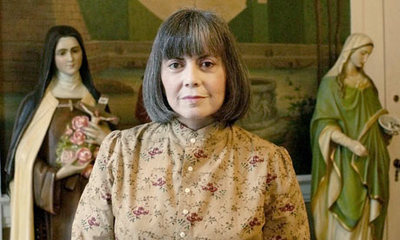 The best-selling writer who made headlines with her dramatic conversion (or reversion) and wrote a popular book about her journey back to Catholicism, has changed her mind.

Rice wrote “Called Out of Darkness: A Spiritual Confession,” a memoir about her own conversion to Christianity–making the post a bit more surprising.

In another post, Rice also admitted, “I remain committed to Christ as always but not to being ‘Christian’ or to being part of Christianity.” So far, her posts have drawn nearly 2,000 comments and well over 3,000 “likes.”

UPDATE: The AP has spoken with Rice by phone:

Rice said she had been having doubts for the past two to three years. She was troubled by the child abuse scandals in the church, and the church’s defensive reaction, and by the ex-communication of Sister Margaret McBride, a nun and hospital administrator who had approved an abortion for a woman whose life was in danger.

“I believed for a long time that the differences, the quarrels among Christians didn’t matter a lot for the individual, that you live your life and stay out of it. But then I began to realize that it wasn’t an easy thing to do,” said Rice, speaking from her home near Palm Springs, Calif. “I came to the conclusion that if I didn’t make this declaration, I was going to lose my mind.”

Rice said she is a Democrat who supports the health care legislation signed into law by President Barack Obama and believes gay marriage inevitably will be permitted throughout the country. Although no longer part of any denomination, she remains a believer and continues to read theology and post Biblical passages on her Facebook page. She has no immediate plans to write about her leaving the church and will continue with her metaphysical fiction series, “Songs of the Seraphim.”

Meantime, if anyone can get Rice to re-think her position, it might well be this gal, who argues, compellingly, that Christianity is one of the most misunderstood, poorly taught movements in the world. Anne Rice would do well to read what The Anchoress has to say, and pray about it … 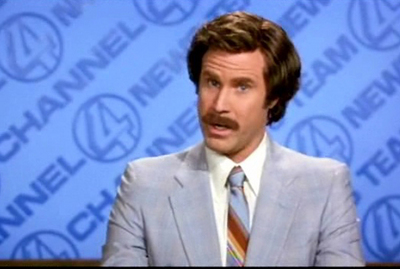 Anchors away: the future of TV news?
archives most recent
More from Beliefnet and our partners
previous posts