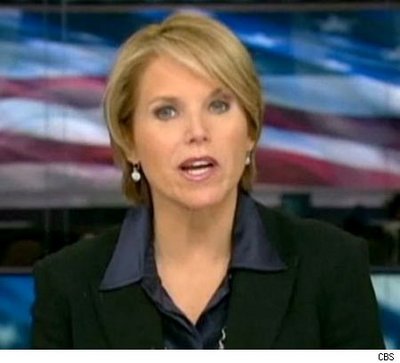 A friend sent me along this item from Creative Minority Report, which notes a commentary by Katie Couric, marking the anniversary of The Pill.

In these times of high unemployment and dangerous deficits one issue has become so awful and dangerous to America that CBS news anchor Katie Couric has called for millions and millions of dollars to be spent on solving it. What is it? Preventing poor women from having babies, of course.

I know what CMR is talking about. And boy, do they have Katie nailed.

True story. A few years ago, when Katie first came to CBS News, I worked as the editor of her blog “Couric & Co.” One afternoon, I had a meeting with her in her office overlooking the CBS newsroom. Her suite of offices is gorgeous: white-on-white, with a marble desk and gorgeous black-and-white prints on the walls.  (Think “The Devil Wears Prada,” and you’ll get the picture.  Staffers used to refer to it as “The White Palace” or, more derisively, “White Castle.”)  On the back wall is a lovely, dramatic picture of Jackie Kennedy and her children. Other iconic women on the walls included Amelia Earhart, Eleanor Roosevelt, Audrey Hepburn.  When Katie arrived for our meeting, I was admiring the pictures, but noticed one woman who was unfamiliar to me. “Who’s that?,” I asked.

And I think that tells you everything you need to know.

Anyway, for whatever it may be worth,you can watch her commentary here.