Fr. Robert Barron: “How to build a better priest” 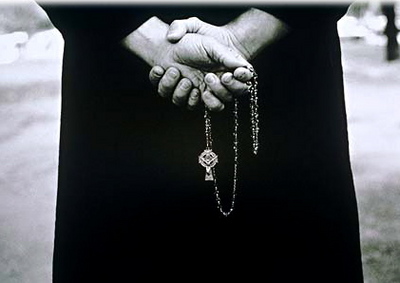 “For too long we’ve had a preferential option for mediocrity in the priesthood. We almost embrace mediocrity as the norm. What’s the difference between a doctor and a priest? As someone once answered long ago, there really is no comparison: one deals with matters of life and death; the other just deals with the health of the body.

So why do we accept mediocrity in the priesthood? Why do we say priesthood is less demanding than being a medical doctor? It should be an elitist sort of call, just as being a doctor is elitist. If I were the president of a medical school and you said, “This is an elitist place,” I’d say, “Yes, it is-we only want the best.” I think we should say that about priesthood, too.

Let’s say you’re a bright, spiritually engaged 18-year-old. Will you be a brain surgeon or a priest? A corporate lawyer or a priest? Which one is more challenging, more enticing? I want to make priesthood as exciting as being a brain surgeon, and as difficult and inspiring. My wager is that we would attract many more people by presenting priesthood this way, rather than trying to flatten it out and render it mediocre. ”

— Fr. Robert Barron,
in a 1997 interview with U.S. Catholic magazine, just posted on the magazine’s website. 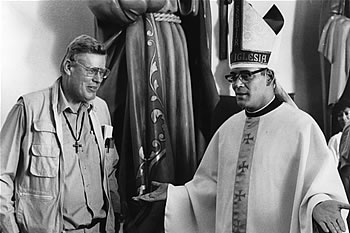 Lights, camera...priests!
archives most recent
More from Beliefnet and our partners
previous posts