It’s all about bunnies, eggs and chocolate

Some surprising news about what folks believe about Easter: 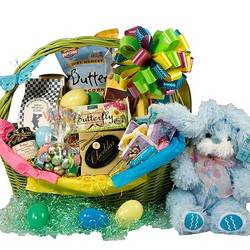 While most Americans describe Easter as a religious holiday, less than half of U.S. adults surveyed link it specifically to the Resurrection of Jesus, a Barna Group study shows.

Seven in 10 respondents mentioned religion or spirituality in their response to an open-ended question about how they describe what Easter means to them personally. But just 42 percent tied Easter to the Resurrection.

At 73 percent, baby boomers (ages 45 to 63) were the most likely to describe Easter as a religious holiday, compared to two-thirds of those ages 26 to 44 and Americans 64 and older. The youngest group of adults (ages 18 to 25) were least likely, at 58 percent, to use that kind of description.

Other than the day Christians believe Jesus rose from the dead, respondents described Easter as “a Christian holiday, a celebration of God or Jesus, a celebration of Passover, a holy day” or a special day to go to church, Barna researchers said.

“The Easter holiday in particular still has a distinctly religious connection for people but … the specifics of it are really fading in a lot of people’s minds,” said David Kinnaman, president of the Barna Group, which is based in Ventura, Calif.

The findings are based on phone interviews of a random sample of 1,005 U.S. adults from February 7-10 and had a margin of error of plus or minus 3.2 percentage points.