And not only that: evidently, the anchorwoman is Catholic. 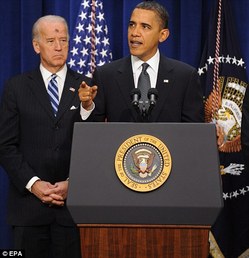 Miss Burley, 49, made the comments yesterday during a conversation with the news channel’s US correspondent, Greg Milam.

When made aware of her ignorance during a commercial break, Miss Burley then compounded her insulting words by saying: ‘I’ve said three Hail Marys, everything is going to be fine.’

The cross of ashes on the forehead is a sign of penitence and mortality and is done to mark Ash Wednesday. It represents a cleansing of the soul ahead of Lent. Special services for worshippers are held in Roman Catholic, Anglican and some other churches where this is carried out. The cross is to remind churchgoers that: death comes to us all; they should be sad for their sins; they must change for the better; and that God made man by breathing life into dust and that without God, human beings are nothing more than dust and ashes. The ash is seen as a symbol of death and sorrow for sin and draws on the Biblical tradition of covering one’s head with ashes and wearing sackcloth. Some worshippers leave the church with the mark still on their forehead so that they carry the sign of the cross out into the world. At others it is washed off as a sign that the participants have been cleansed of their sins.

Mr Biden is a Catholic who was marking Ash Wednesday, the first day of Lent.

The holy day in the calendar derives its name from the practice of smearing ash on the forehead as a sign of repentance.

But Miss Burley, who suggested by her comments that she was a lapsed Catholic, appeared to have forgotten this well known fact.

While her colleague Mr Milam concentrated on talking about a fiscal stimulus package being unveiled by Mr Biden in Washington, Miss Burley was more interested in the ‘nasty’ brown mark.

Suggesting that the ‘large bruise’ might be caused by an accident at the Winter Olympics in Canada, she encouraged Mr Milam to find out.

Later Miss Burley admitted: ‘I know I’m a very bad Catholic. I know I should know that today is Ash Wednesday and that’s why he’d got ash across his forehead. I’ve said three Hail Marys, everything is going to be fine.’

read next post
Smile and say "Ashes!"
archives most recent
More from Beliefnet and our partners
previous posts