Will it have an impact? Well, it’s already getting people talking: 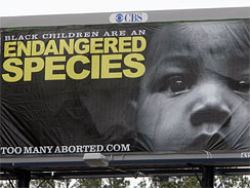 Georgia Right to Life recently sponsored a provocative billboard campaign that says black children are an “endangered species.” The campaign, unique to Georgia, combines the contentious race and abortion issues and has people all over the country discussing both.

Steve Osunsami of ABC News reported that the pro-life supporters behind the campaign, the designer and sponsors, were themselves members of the black community. “My people are dying, and nobody cares that my people are dying,” said Catherine Davis of Georgia Right to Life.

These pro-life advocates say they are simply drawing attention to the fact that abortion and Planned Parenthood have always been racially motivated against minorities, as its intention, specified by Planned Parenthood´s founder Margaret Sanger, was to exterminate and sterilize blacks and other minorities who were “genetically inferior races” (The Pivot of Civilization, Sanger, 1922).

Included in the recent ABC News report were figures revealing that of the 35,088 abortions in Georgia in 2008, 20,909 were by black women, compared to 9,954 by whites (Ga. Dept. of Health). The CDC also reveals disturbing statistics. Nationally, although black women are 1.5 times more likely to get pregnant, they are 3 times more likely to get an abortion. These statistics fuel speculation among pro-life supporters, like the National Black Pro-life Union, that blacks and minorities are being specifically targeted.

But Beverly Guy-Sheftall, a women’s history and feminist thought professor at a historically black women’s college, disagrees that the numbers mean anything except that blacks need better access to birth control in the first place, and called the strategy a gimmick. “To use racist arguments to try to bait black people to get them to be anti-abortion is just disgusting,” said Guy-Sheftall.

Check the link for more details.

Meantime, the New York Times has an in-depth look at Georgia Right to Life and its efforts to reach blacks. 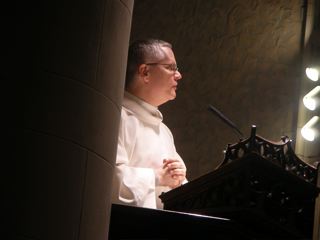