Who will anoint the sick?

Well, I’m sure some deacons would gladly raise their hands and volunteer for this sacramental duty — but we can’t.

Neither can lay people.

And that’s beginning to cause problems, as the AP reports:

It was John B. Baus’s 82nd birthday. When he was getting ready to go out with his wife, he had a heart attack and ended up on his way to the emergency room instead.

Doctors there worked to stabilize him and performed surgery to implant a pace maker. Mary Adele Baus, his wife, went home after the surgery, assured that her husband was resting comfortably.

Instead, at 3 a.m. doctors were working frantically with oxygen and electric paddles to keep Baus alive.

In the midst of the effort Baus asked for a Roman Catholic priest, fearing death was only moments away.

“He said ‘I’m a dying man, and I want to see a priest,'” Mary Baus remembered. “All they said was that they didn’t have one.”

Baus survived, but his wife said it was a traumatic event that left both her and her husband shaken.

“There used to be a chaplain available if you needed him,” she said. “Or you could get a priest to come to the hospital. Now it’s not for sure that you will see anyone.”

Finding a priest to be at the bedside of the dying is becoming harder and harder across the country. The shortage of priests has been a problem for years, but its implications become most clear at dire times for the ill.

New Orleans Archbishop Gregory Aymond says that across the country there are fewer priests and fewer young men who want to become priests.

“We are challenged to find young men looking for vocations,” Aymond said. “We are getting fewer, and the process of preparing for the priesthood can take six to eight years. It makes it difficult to have people who can step in for retiring priests.”

Once called the Last Rites or Extreme Unction, the death bed ritual has changed for Catholics in recent years. The once-obligatory deathbed rite has been replaced with a new sacrament known as the anointing of the sick.

“It’s not like you used to see in movies with the priest anointing a dying man,” Aymond said. “Now we urge people to have it before they go into the hospital. It should be a community celebration, not something administered in isolation.” 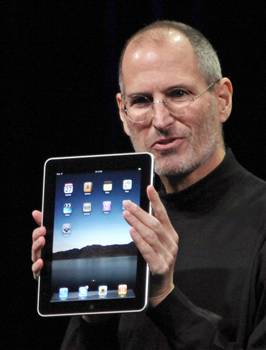 Ladies and gentlemen: the iPad
archives most recent
More from Beliefnet and our partners
previous posts