As one might expect, they’re not crazy about the Virgin Mary, or Father Flanagan, either: 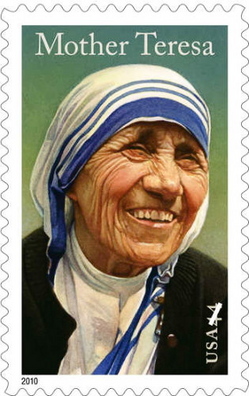 The Freedom from Religion Foundation is urging its supporters to boycott the stamp — and also to engage in a letter-writing campaign to spread the word about what it calls the “darker side” of Mother Teresa.

The stamp — set to be released on Aug. 26, which would have been Mother Teresa’s 100th birthday — will recognize the 1979 Nobel Peace Prize winner for her humanitarian work, the Postal Service announced last month.

“Noted for her compassion toward the poor and suffering, Mother Teresa, a diminutive Roman Catholic nun and honorary U.S. citizen, served the sick and destitute of India and the world for nearly 50 years,” the Postal Service said in a press release. “Her humility and compassion, as well as her respect for the innate worth and dignity of humankind, inspired people of all ages and backgrounds to work on behalf of the world’s poorest populations.”

“Mother Teresa is principally known as a religious figure who ran a religious institution. You can’t really separate her being a nun and being a Roman Catholic from everything she did,” Gaylor told FoxNews.com.

Postal Service spokesman Roy Betts expressed surprise at the protest, given the long list of previous honorees with strong religious backgrounds, including Malcolm X, the former chief spokesman for the Nation of Islam, and the Rev. Dr. Martin Luther King Jr., a Baptist minister and co-founder of the Southern Christian Leadership Conference.

“In fact we honored Father Flanagan in 1986 for his humanitarian work. This has nothing to do with religion or faith,” Betts told FoxNews.com.

Gaylor said the atheist group opposed Father Flanagan’s stamp but not those for King and Malcolm X, because she said they were known for their civil rights activities, not for their religion.

Martin Luther King “just happened to be a minister,” and “Malcolm X was not principally known for being a religious figure,” she said.

“And he’s not called Father Malcolm X like Mother Teresa. I mean, even her name is a Roman Catholic honorific.”

There’s more at the link, including pictures of other offending stamps. 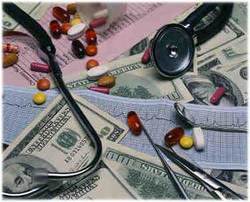 "For the common good, we need health care for all"
archives most recent
More from Beliefnet and our partners
previous posts