In a digital age, the old fashioned sermon survives

In fact, in Britain it seems to not only be surviving, but thriving: 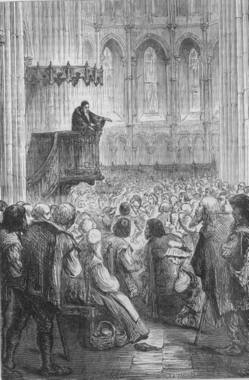 Some ember still seems to burn in Britain’s 3.6 million regular churchgoers, for almost all of them feel a sense of expectation for the Sunday sermon, according to researchers at Durham University.

Fully 96.6 per cent of those surveyed “look forward” to the sermon, with 60 per cent saying it gave them a sense of God’s love.

At a time when churches are agonising about how to move to a “digital” from an “analog” age, the results suggest that there is life in the old forms yet.

The College of Preachers of Durham University admits that the results are “counter-intuitive” — particularly in an age where “sermonising” is seen as a deadly sin. The college plans to carry out a larger study to discover why people like sermons so much.

The most recent survey, carried out by Durham’s Codec research centre to mark the 50th anniversary of the College of Preachers, offers preliminary suggestions.

Evangelical Christians looked forward most to sermons — hardly surprising in a movement begun by the preaching of John Wesley and spread to a new world by the urgent sermons of the American Great Awakening.

Roman Catholics were most keen on sermons that educated rather than challenged them. Baptists wanted sermons to convert them, Anglicans wanted to be entertained and members of the new, independent evangelical churches wanted to be challenged and encouraged.

Baptists and Catholics were also more enthusiastic about the Bible being mentioned in sermons than were Anglicans and Methodists.

The ideal length of a sermon also seems to divide the denominations. While many Anglicans wanted less than ten minutes — although up to 20 minutes was fine if there was no “waffle” — some Baptists wanted to sit through at least an hour and a quarter. Catholics, by contrast, wanted their homilies to be completed within ten minutes.

Check the link for more intriguing insights from the survey. 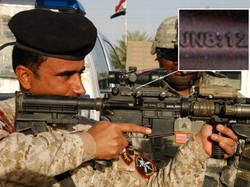 Killing for Christ? Bible verses inscribed in rifles
archives most recent
More from Beliefnet and our partners
previous posts