The Vatican issued a Motu Proprio yesterday — and part of it dealt with the diaconate.

According to J.D. Flynn, a canon lawyer for the Archdiocese of Denver, the new document clarifies the nature of a deacon’s orders and the impact of defections from Catholicism on the validity of a marriage.

“Omnium in Mentum,” roughly translated as “Everything in Mind,” deals with two unrelated topics, a fact that caused Flynn to observe that it’s probably easier to publish one Motu Propio than two.

Writing in an explanatory note for the Motu Proprio, Archbishop Francesco Coccopalmerio, president of the Pontifical Council for Legislative Texts, commented on the modified canons (1008, 1009, 1086, 1117 and 1124). These variations, he said, “concern two separate questions: adapting the text of the canons that define the ministerial function of deacons … and suppressing a subordinate clause in three canons concerning marriage, which experience has shown to be inappropriate.”

The first issue addressed by the Motu Propio is the role of the diaconate.

Part of the current canon “describes sacred orders as participating in the headship of Christ,” Flynn explained. “The Motu Proprio clarifies that priests and bishops participate in the headship of Christ ‘in persona Christi,’ whereas deacons serve the Church, the people of God, through the ministry, services, or ‘diaconias’ of liturgy, word, and charity.” Thus, Flynn said, the document emphasizes that there is a “clear distinction between the diaconate and the presbyterate.”

“The distinction is between the deacon who acts “in imago Dei” and the priest who acts ‘in persona Christi,'” Flynn explained.

What this means in layman’s terms is that “we see the diaconate as a unique ministry unto itself and not simply a step along the way to the priesthood,” he added.

Read the link for the rest.

Meantime, canon lawyer Ed Peters had this to say on his blog:

Now, about the first change announced today, that dealing with the description of deacons under canon law (cc. 1108-1109), it is really interesting, obviously, and I need time to study it. The language here obviously does not seem to underscore the unity that permeates the three level of holy orders, but (per Abp. Francesco Coccopalmerio of the Text Council) it is more consistent with the language of CCC 1581, as it was revised in 1998. In any case, I’ll certainly be consulting the auctores probati on this one.

UPDATE: A short time ago, I got an e-mail from uber-deacon William Ditewig, who offered this commentary on the document — including the intriguing suggestion that it could crack open the door to women deacons:

From my non-canonical perspective, it seems that what is happening with this motu proprio is that the teaching of the Catechism is now being translated into the law itself. It was major point of my own doctoral dissertation that the theological and canonical language developed to described ordained ministry over the last millennium or so has really been language related to the sacerdotal orders of bishop and presbyter, and since there were no “permanent” deacons of theological significance, to apply such language (such as “in persona Christi”, or to refer to “sacra potestas” (sacred power)) can be problematic when applied uncritically to the diaconate; that since we are NOT sacerdotal, a specifically diaconal theological language should be explored and developed. It seems to me that the kinds of distinctions being offered, first in the Catechism and now in the law itself, will ultimately help in this process.

The problem, of course, is that this is rather new territory and the language being used does not have a long history of interpretation like the sacerdotal terms have. The classic problem, which the International Theological Commission attempted to describe, is between seeing the overall UNITY of the three orders of ordained ministry (how we are all united in a single sacrament of Holy Order), as well as recognizing the very real distinctions between them at the same time. Bishops, for example, are MORE than just presbyters who have been given greater jurisdiction; it has a sacramental identity in its own right. This was a major development at the Second Vatican Council. And, of course, deacons are not priests: we never serve — and cannot serve — in offices that require priesthood: diocesan bishop, for example, or pastor, or judicial vicar. With the renewal of a permanent diaconate at Vatican II, the millennium-long paradigm of “ordination-means-priesthood” was broken. We’re now trying to describe and define what that change actually means.

I’ve already had several e-mails from people suggesting that perhaps this opens the door to ordaining women as deacons. Certainly this becomes much more imaginable if the church adopts a more “each-order-is distinct” approach over the “all-orders-are-essentially-one” approach. Of course, as with most (all?) Catholic theology, we generally adopt a “both-and” approach: there is both unity AND diversity within the relationships of Orders. Whether this means that we might open the door to ordaining women as deacons (because deacons are not priests) remains to be seen. 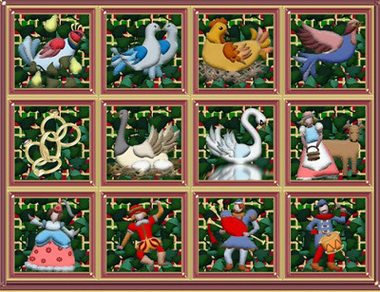 Mythbusters: debunking the "12 Days of Christmas"
archives most recent
More from Beliefnet and our partners
previous posts