In Florida, preserving a “pocketful of miracles”

This treasure trove contains some of the oldest bits of American history, pre-dating even the Pilgrims:

Sister Catherine Bitzer slowly opened a file box and carefully removed a brittle page, scarred by years of neglectful storage, mold and insects. At 415 years old, the marriage record written by a Roman Catholic priest is still readable and is one of the oldest known European records from the United States.

It’s among thousands of artifacts detailing the lives of the Spanish soldiers, missionaries and merchants who settled St. Augustine, the nation’s oldest permanent city. The church kept the only official records, a role that today is filled by government.

After being scattered from Florida and surviving destruction for centuries, they are now safe in a newly renovated waterproof, fireproof and climate-controlled building at the Diocese of St. Augustine, said Bitzer, the archivist of the diocese.

Michael Gannon, a professor emeritus of history at the University of Florida, calls the archives “a pocketful of miracles.” He tracked down most of the documents, which had traveled to Cuba, back to St. Augustine and then Notre Dame, Ind.

The earliest documents detail the births, confirmations, marriages and deaths of the Spanish residents in St. Augustine from 1594 to 1763, when the British took over Florida.

Dated Jan. 24, 1594, and handwritten by Father Diego Escobar de Sambrana, the record held by Bitzer details the marriage of soldier Gabriel Hernandez to Catalina de Valdes in St. Augustine, some 26 years before the Pilgrims landed at Plymouth Rock.

Read on for more. 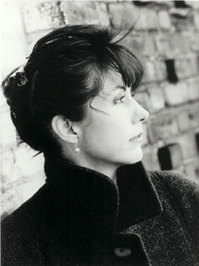 Writing about prayer: "It's tap-dancing on the radio"
archives most recent
More from Beliefnet and our partners
previous posts