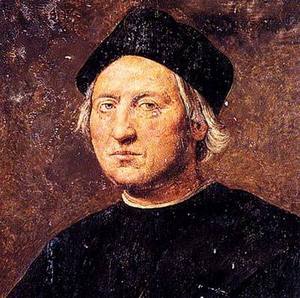 These days, with efforts underway to elevate to sainthood contemporary figures like John Paul, Fulton Sheen and Mother Teresa, we tend to forget that a little more than a century ago, there was a great effort to canonize Christopher Columbus.   The Wikipedia entry on him mentions the push for sainthood in the mid-19th century. Other biographies also take note of it.
But one of the more curious efforts may be a Facebook page devoted to the Columbus sainthood cause.
The Facebook entry puts it this way:

Too long has our liberal education system maligned the great name of Christopher Columbus, the man of God who, entrusting his life to the help of God, set forth into the unknown to claim new lands for Christendom and bring those still in darkness to the light of truth found in the Gospel of Jesus Christ. Without his faith and determination to see the glory of Christ spread to all the ends of the earth, the entire New World would not have received this faith, the faith of the One Holy Catholic Apostolic Church. Let us honor this brave explorer and rightly claim him as a man of heroic virtue, a model of truly Catholic wonder and love of the good things in the world, an example of true faith in action.

Well. Okay.  I suspect others would beg to differ. 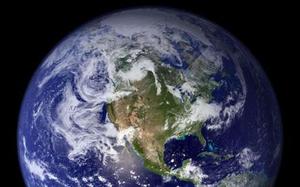 Scholar claims God created us, but not the earth
archives most recent
More from Beliefnet and our partners
previous posts