From the e-mailbag: why is the state meddling in marriage anyway? 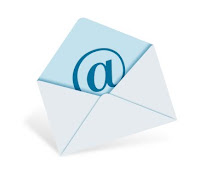 I’m a citizen of the Great State of New Jersey and these are my Bishops that are fighting to defend one of my favorite Sacraments (they’re all good, but I did get my wife out of this one). Any time the Bishops do something publicly, I’m excited. We have good shepherds in this great state.

Speaking completely as someone who’s just looking for general feedback on a question/idea that I’ve been considering for some time, why do state governments even need to regulate marriage at all?

As a Catholic who married in the Church for sacramental & spiritual reasons, I’m a little put off by the fact that I had to seek permission from the state before getting one of the Seven Sacraments. There aren’t Baptism licenses, and God knows that changes your life just as much if not more than marriage; it changed mine at age 19. There aren’t state-issued Ordination licenses, and that is a life-altering Sacrament as well — or so I’m told & believe.

So, why is marriage regulated? Others I’ve discussed this with have pointed out that marriage extends couples certain “rights”. All the “rights” that homosexuals demand could be obtained by other avenues. My favorite is hospital visitation. Why not just pass a law that forces hospitals to allow patients to specify who can visit them? Name whomever you want!

Taxes? Well, last time I checked, married couples are at a disadvantage there, so the complaint is they’re not treated as badly as the rest of us? Have everyone file as a single filer — OR, allow any two people to file together! (Or do away with the income tax, but that’s a matter for another day)

What of benefits? Allow people to name whomever they wish as their beneficiary. Some might argue that would increase the costs of various benefits, but if we’re not willing to pay for the benefits that people are entitled to (they are called entitlements for a reason), why are we offering them?

Right not to testify at a criminal trial involving your spouse? That’s a tricky one, but I would argue an archaic one. Who wouldn’t want to defend their innocent spouse on the witness stand? And if the other spouse is guilty, society is better served by justice being served than by some common law sensibility about not having subpeonas served on spouses.

The “world” has already moved beyond marriage (we wouldn’t be having the current debate in this country if it hadn’t), just as it long ago moved beyond the notion of an established Church. Witness the plethora of couples cohabitating without marriage — in some cases, for decades — or the “alternative relationships” (i.e. “responsible non-monogamy”) that have gained social credibility. The Church is not of the world, merely in it. I would raise my children to be in a single, lifelong, heterosexual, sacramental marriage, just as I would raise them to believe in the True Presence (both mandatory Catholic beliefs, one currently regulated by the State and the other not). What of those not in the Church? Well, they do what they want already, marriage laws what they are or not.

Catholics would no longer need to wage “Defense of Marriage” campaigns unless our own parishes started violating Church teaching, and that wouldn’t need a grassroots campaign; that would just need a letter from Rome re: Cut it Out! We could bear witness through words and example as to what a healthy sacramental marriage looks like, but we would no longer need to fight over secular laws governing a concept that for most is a deeply personal and sacramental one — because the state would no longer be regulating it. I tell people I’m Married and that it’s for the rest of my life because I’m in love and because I’m a Catholic, not because I’m in love and I’m a New Jerseyan.

I’m certain my idea is controversial and I would love nothing more than for a charitable, fellow reader of this blog to explain to me why my idea is a bad one. But I assure everyone that my idea springs primarily from both a deep love of marriage & a deep respect for the notion of Separation of Church & State — only in this case, it’s keeping the State, no matter how Great, out of the Church and away from our Sacraments.

Any ideas? I have a few of my own but don’t have time to respond just now. Maybe later. But take a crack at it, Bench-ers.