If true, what does that make MCPF Stephen Colbert?

Anyway: the scoop on Stewart, from David Waters in the Washington Post: 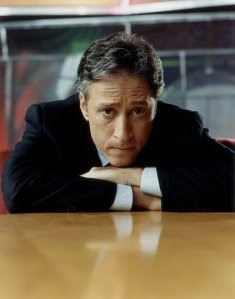 In the July issue of Sojourners magazine, the Rev. Jim Wallis calls the Daily Show’s Jon Stewart a prophet. “The Hebrew prophets often use humor, satire, and truth-telling to get their message across, and I feel you do a combination of all three,” Wallis told Stewart. “I think you are a little like a Hebrew prophet after all.”

Stewart, who deflates big egos for a living, would have none of it. “It may be true that the Hebrew prophets used humor in that regard, to create social change, but it was also used by Borscht Belt social directors. We’ve got a lot more in common with them than the prophets.”

Stewart is more than a comedian. He’s the Will Rogers of our time, laughing with us as he sharply and satirically mocks the absurdities of politics, media and popular culture. But a prophet? Seems like quite a stretch, at least in the theological sense of the word.

“Prophecy is born precisely in that moment when the emergence of social political reality is so radical and inexplicable that is has nothing less than a theological cause,” wrote Christian theologian Walter Brueggemann, whose scholarship on the Old Testament prophets is prophetic in its own right.

In Stewart’s world of real people and fake news, cause and effect are clearly comical, not theological.

Brueggemann’s description of of prophetic tradition could also be used to describe the tradition of social satire from Voltaire and Swift to Twain and Vonnegut: “The prophetic tradition is basically to create a mode of public discourse that exposes establishment commitments as phony and self-serving … to create a way of speaking publicly that shows how our ordinary discourse hides and trivializes the power questions.”

Stewart spends plenty of time exposing the phony and self-serving powers that be, but he told Wallis he doesn’t think people should see what he does as social activism.

“Because we’re in the public eye, maybe people project onto us their desires for that type of activism coming from us, but just knowing the process here as I do, our show is maybe the antithesis of activism, and that is a relatively selfish pursuit. The targets we choose, the way we go about it — it’s got more of a personal venting aspect than a socially conscious aspect.”

Real prophets aren’t venting on their own. “God is raging in the prophet’s words,” wrote Abraham Joshua Heschel, the great 20th-Century Jewish theologian.

I don’t think Jon Stewart qualifies as a prophet, but who’s to say God doesn’t also send us court jesters? 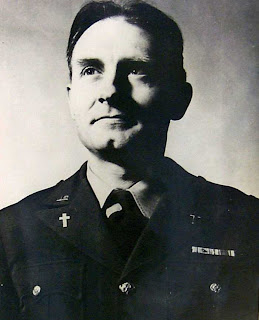 A miracle for Emil?
archives most recent
More from Beliefnet and our partners
previous posts