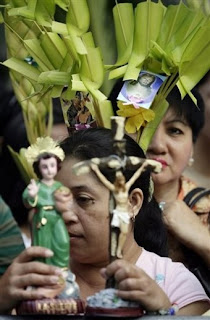 We have just heard the climax of the Greatest Story Ever Told. We hear it every Palm Sunday – and we will hear it again on Good Friday. It is a story of monumental suffering, and love, that has been proclaimed from pulpits around the world for centuries.

It speaks for itself. There’s nothing I can add to what we’ve all just heard.

But I would like to share just one thought about something that is a vital and meaningful part of this weekend. It is the part, in fact, that gives this Sunday its name.

Last week, I stopped into a little fast food place in Brooklyn, near my office, on Prospect Park West, called “Hot Diggity Dog.” It probably won’t surprise you to learn it’s not a vegetarian place. Anyway: behind the counter, there was a rosary hanging on the wall, along with some postcards and pictures from around the world. And tucked in among them was a small folded cross: a cross made of palm leaves – a remnant from Palm Sunday past.

You find these in the unlikeliest of places. But that was a sign, I think, of the deep attachment we have to our palms. People fold these and save them, decorate their homes with them. When we were growing up, I usually threw mine out. But my sister used to keep hers behind her bedroom mirror. You sometimes see cab drivers who have them tucked in the visors of their cars, along with maps and unpaid parking tickets.

But we shouldn’t think of these palms as just one more “Catholic thing” hanging on a wall or tucked behind a holy picture.

These palms tell another part of the story that we just read.

It is our story, yours and mine.

Five weeks ago, we stood in this church and received ashes. We were reminded of our mortality, our sinfulness, our need for penance and prayer. But those ashes weren’t just scraped together from the bottom of somebody’s fireplace. They were the remnants of burned palms.

And it begs the question: How have we grown since that one Wednesday in February?

What have we learned?

How have we changed?

And what will we do with the promise, the potential, that we now hold in our hands?

Our hope and our prayer is that we have been renewed during these weeks. And, just maybe, these leaves can serve to remind us of that.

Lent is bracketed, bookended, by palms – the loss and destruction of them at the beginning, and the green new leaves – restoration — at the end.

Ultimately, that is what these weeks are about. Burning away, clearing out, and cultivating something new. That is Lent.

So: Take these palms. Let them be a reminder of this week that we are beginning — the holiest week of the year.

But we shouldn’t just leave it at that. Don’t just tuck them behind a holy picture and take them for granted. Let them also serve as a challenge. And a remembrance.

They challenge us to remember…Christ’s suffering and death – the triumph of that ride into Jerusalem, and the tragedy of Calvary.

They challenge us to remember…our role in that passion – that what Christ suffered, he suffered for us.

But they also challenge us to remember…what will become of these palms…and become of us.

As we heard five weeks ago: Remember that you are dust and to dust you will return. The ashes were washed away. But these palms stay with us – offering silent testimony, bearing witness, calling on us not to forget what we are, and what we will be.

That is what our Lenten pilgrimage has been about.

My prayer this Palm Sunday is that we carry that idea with us, just as we carry these palms.

Because in a sense, each of us this day holds our future in our hands.

What will we do with it? 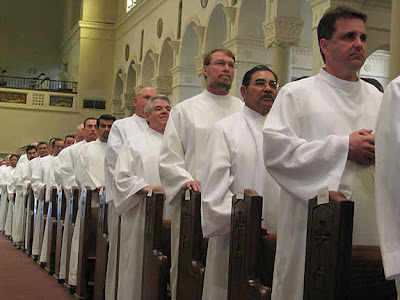