When a seminarian dies

The Diocese of Ogdensburg is grieving this week over the sudden death of a seminarian, Deacon Adam Crowe, who would have been ordained this spring.

This tragic news hits especially hard in vocation-strapped Ogdensburg; Crowe was the only candidate for ordination this year.

From the Watertown Daily Times:

There will be no ordination ceremony at St. Mary’s Cathedral in May.

Deacon Adam S. Crowe was a rare young man called to the priesthood and was a strong advocate for vocations in that field. But he was called by a greater power when he died on Jan. 27.

“He was our seminarian. He was being trained for our diocese,” said Diocese of Ogdensburg spokeswoman Sister Jennifer L. Votraw.

A funeral Mass was held Monday for Mr. Crowe, 26, who died at St. Charles Borromeo Seminary in Philadelphia, Pa.

Besides the obvious strain on the emotions of friends, associates and family, Mr. Crowe’s death puts further strain on a north country diocese short of priests.

“The children and other people in church cried when Adam’s death was announced,” said the Rev. Joseph C. McLoone, pastor of St. Katherine Drexel Catholic Church in Chester, Pa. “You don’t want to believe someone so young and full of life can be gone so quickly.”

Mr. Crowe served weekends at St. Katherine Drexel Catholic Church and also taught at that parish’s elementary school. He was in his last year of seminary studies, which he began in 2001 at Wadhams Hall Seminary College, Ogdensburg, which closed in 2002. He continued his training at St. John’s Seminary, Boston and then St. Charles Borromeo Seminary.

Mr. Crowe’s death leaves four seminarians in training to be priests for the Ogdensburg diocese, Sister Jennifer said. They are all at St. Charles Borromeo Seminary.

Sister Jennifer said that seminary allows future priests to pick the diocese they would like to serve.

She said that in the next six years, 10 priests are scheduled to retire in the Ogdensburg diocese with only four being ordained in that time period.

“So you can see the ratio of retiring and the ones ordained don’t mix well,” she said.

Sister Jennifer said that after ordination, a priest is assigned to be an assistant in a north country parish before being assigned pastorship of a parish.

“That used to be four or five years,” Sister Jennifer said of the length of the assistantship. “Now, it’s as short as two or three years.”

The paper also has this profile of Deacon Crowe:

Deacon Adam S. Crowe knew the priesthood was for him from a young age.

“He just loved everything connected with becoming a priest,” his mother, Theresa M. Crowe, said. “He was really looking forward to it. He wanted to help people.”

Mr. Crowe, 26, died Jan. 27 at St. Charles Borromeo Seminary in Philadelphia, Pa. A cause of death is pending toxicology reports, according to the medical examiner’s office in Montgomery County, Pa.

Mr. Crowe comes from a religious family that was honored by his decision to enter the church.

“We were very supportive,” Mrs. Crowe said. “We couldn’t have been prouder.”

The seed of the idea of becoming a priest might have come from Mrs. Crowe’s mother, Edna M. Link.

“My mother wanted one of my brothers to become a priest but that never happened. She asked my boys,” Mrs. Crowe said. “Shortly before she passed away, he told her. She got her wish. She had to watch from above.”

“When you see somebody that loves what they do, you can’t help but be inspired. He would have been a great priest,” said the Rev. Bryan D. Stitt, secretary to Bishop Robert J. Cunningham. “He was a young man who loved God and the church and it sure seemed like everybody else who crossed his path. There was so much of Adam.”

The outpouring of sympathy, calls and visits from Mr. Crowe’s friends and acquaintances has helped the family cope.

“I couldn’t even begin to tell you how many people we’ve heard from. To think he touched all these people in his life,” Mrs. Crowe said. “Everybody’s just heartbroken.”

Mrs. Crowe said her son was helpful all his life.

“He always was a good kid. He was always involved in school activities,” she said. “He helped here on the farm when he was growing up.” 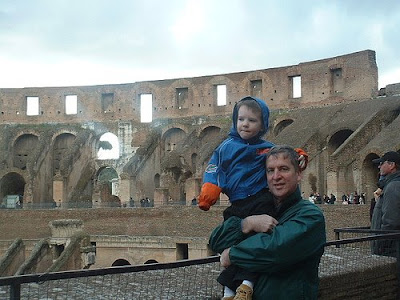