One of the most familiar faces in my corner of New York is Msgr. James Lisante, former head of The Christophers. He pops up a lot on television, offering analysis and commentary, and he has a popular interview program on satellite radio. (Full disclosure: I was a guest on his show last year, blabbering on about the diaconate.) Among other things, Lisante has been a true trailblazer in using the media to spread The Word. (He even has his own self-titled website.)

He recently got into some hot water when he effectively endorsed John McCain while offering the invocation at a Republican dinner. He later apologized. But now there’s more trouble close to home, in his new parish. And Newsday decided this was a good opportunity to profile this charismatic — and controversial — priest: 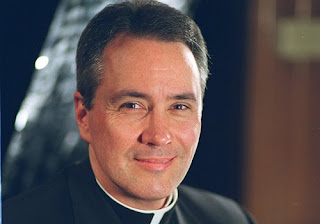 One of James Lisante’s tasks when he was in the minor seminary in the 1970s was to get a public figure to come speak each year. The one he remembers best was Frank Capra, the film director whose works included the Christmas classic “It’s A Wonderful Life.”

As Msgr. Lisante tells the story, the two became friends, vacationing together in California. Capra, who died in 1991 at age 94, gave him advice that stuck.

“He would say to me, ‘It’s good to be a priest but … if St. Paul lived now there’s no doubt that rather than float around the Mediterranean in a ship, he’d be using the popular media'” to spread God’s word, Lisante said.

Lisante took the advice to heart. He has built a small empire as a conservative commentator who appears regularly on national TV, writes books and delivers lectures on the topic he pursues most passionately – the right to life.

For all his talents, Lisante, 55, recently has been stung by barbs directed at him from some parishioners at his church, Our Lady of Lourdes in Massapequa Park.

Parishioners were upset at the actions of the Rev. Matthew Blockley, who was brought to the parish by longtime friend Lisante. Among other things, parishioners accused Blockley of having a popular statue removed. Earlier this month, Blockley, who did not have permission to be in the diocese, was expelled by Bishop William Murphy and sent home to the Northern Mariana Islands in the South Pacific. The controversy follows another in May when Lisante publicly endorsed Sen. John McCain (R-Ariz.) for president.

Propelled by bloggers associated with the parish, the Blockley affair has been the buzz of the diocese for weeks. Among the issues: Were priest-vetting policies followed that were devised in the aftermath of the 2002 sex abuse scandal to protect children?

“It’s gotten the attention of our membership,” said Phil Megna of Voice of the Faithful, a group of laypeople demanding more accountability from the church hierarchy.

Lisante is a regular Fox News commentator and has provided analysis for Ted Koppel’s “Nightline.” Along with Msgr. Tom Hartman, he is the most visible priest the Diocese of Rockville Centre has produced on the national stage. He counts as friends highly ranked figures such as the late Cardinal John O’Connor of New York and Cardinal Roger Mahoney of Los Angeles.

But at our Lady of Lourdes, Lisante has been a lightning rod for parishioners upset with changes made by him and Blockley, who was not authorized to be here, according to Diocese of Rockville Centre officials, and had been absent without leave from his home diocese for years. Some in the parish were irked by the removal from the altar of a statue of Our Lady of Fatima brought to the church by a parishioner a quarter of a century ago.

Lisante said he should have obtained official permission for Blockley to work at St. Thomas the Apostle every summer since 2000 (Lisante’s former church).

The Blockley issue marked a misstep for Lisante, who earns praise from more than a few of the faithful in the pews.

“Monsignor Lisante is a phenomenal priest,” said Patrick Walsh as he walked out of a recent Sunday Mass at Our Lady of Lourdes. “We know people he has helped in many ways.”

Still, Lisante is not universally admired. Some see him as a “celebrity priest” who doesn’t always pay enough attention to his parish.

Tom St. Pierre, a former priest in the diocese who attended seminary with Lisante and was a producer of his first cable TV show, “Let’s Talk” on Telecare, recalled that Lisante often took part in plays in the minor seminary.

“He was a very good actor and still is,” St. Pierre said. He added that Lisante “is not liked too much by much of the clergy here.”

Lisante said he takes the criticism in stride, and jokes that any priest who doesn’t get at least three complaints a day “isn’t doing his job.”

There’s more at the Newsday link.

Msgr. Lisante’s parish has its own website at this link. In the bulletin at the site he offers more thoughts on the situation surrounding Fr. Blockley.

And you can check out what is bothering some of the disgruntled people in his parish by visiting their site. 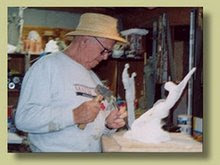