Stop the presses! A Catholic school with free tuition?!

Yep. Hard to believe, but true. At a time when Catholic schools are closing, are raising tuition to levels many parents can’t afford, one school in Pennsylvania is bucking the trend.

From the Pittsburgh Tribune-Review: 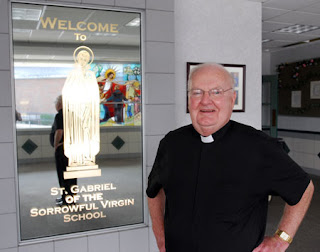 When the Rev. John Haney came to St. Gabriel of the Sorrowful Virgin in 1983, the church elementary school charged a $50 book fee for each parish child to attend.

Get rid of it, Haney said. Providing a free Catholic education to parishioners is vital.

Flash forward 25 years. The Whitehall school remains free, and it’s the only Catholic school in the state without tuition.

Staying free matters, according to Haney, school officials and parish members, because of the pride, sense of community and passion it creates. They have done it for one another and God through tithing, said parishioner Francis Nowalk, 79.

“It costs a lot of money to run a school,” said Nowalk of Whitehall, who sent six children to St. Gabriel and is on the parish financial committee. “The fact is we’re doing it and not only are we doing it, but in academics we’re really on top of things. You’re not going to a second-class school because it is free.”

The eight dioceses of Pennsylvania include 443 Catholic schools, including five seminaries, 27 colleges and universities, 62 parish high schools and 11 schools for the disabled, according to the Pennsylvania Catholic Conference.

Only the 390 students at St. Gabriel don’t pay a single cent.

“It’s incredible what they are able to do,” said Robert Paserba, superintendent of schools for the Diocese of Pittsburgh.

Average tuition at Catholic elementary schools in Pittsburgh is about $3,000 for the first child. The mean elementary parish tuition was $2,607 a year nationwide in 2006-07, according to the National Catholic Education Association. Secondary education averaged $6,906.

About 2,300 families live in St. Gabriel of the Sorrowful Virgin parish. The school’s budget is about $1.3 million a year, Haney said. The cost per student is about $3,300. All of that evens out to about $565 per parish family.

Some think the parish has an endowment, but it doesn’t, Haney said. The collection plate on Sunday helps pay for the school. Haney doesn’t expect 10 percent of a parishioner’s salary as the Bible suggests.

“People are generous,” said Bill Nee, whose sixth and youngest child is starting fifth grade this summer. “There is no required payments. There are no hidden payments. It just comes from the generosity of the people of the parish.”

Haney didn’t know how to cover education costs about 10 years ago. He lost sleep just before the school year started because he had $80,000 in teacher salary increases.

He was ready to use an outside fundraising plan to ensure the school survived tuition-free when Nowalk approached him about tithing.

It was in the Bible, Nowalk said, 1 Corinthians 16:2: “On the first day of every week, each of you is to put something aside and store it up, as he may prosper, so that there will be no collecting when I come.”

Haney wasn’t sure it would work, but it has so far. The parishioners have always responded when money was in need, Haney said.

Check out the link for more. What an inspiration. 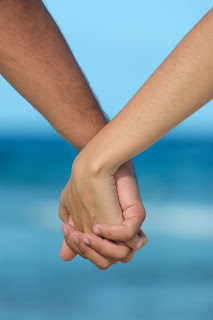