Well, this is certainly different: an Episcopal bishop who left his faith, became Catholic, had second thoughts, went back to the Episcopalians…and is now announcing his return to the Catholic Church:

Current Fort Worth Bishop Jack Iker told the diocesan clergy via his regular Ad Clerum email August 6 that Pope had informed him of the decision made by Pope and his wife, Martha.

“We certainly wish them well and want to uphold them with our love and prayers at this important time in their pilgrimage,” Iker wrote in the email.

Iker told the clergy that both Popes gave “ten years of faithful service and witness” in the diocese, adding, “we give thanks to God for their continuing friendship and ministry.”

“Bishop Pope wanted to assure me that he remains very attached to us and that his affection for the people of this diocese remains unchanged,” Iker concluded. “Do join me in thanking God for both of these faithful Christians and praying His continued blessing upon them in the years ahead.”

Pope, 76, the diocese’s second bishop, served from 1986 to 1995. He announced in October 1994 that he intended to retire as diocesan bishop January 1, 1995, join the Roman Catholic Church and eventually seek ordination as a Roman Catholic priest. After his announcement, he took sabbatical leave and turned over his administrative duties to Iker, who was bishop coadjutor at the time.

In August 1995 Pope withdrew his letter of resignation from the House of Bishops and returned to the Episcopal Church. At the time, he told the New York Times that he had a “growing unease” with his decision because he would have to give up his episcopal orders to become a Roman Catholic priest. The House of Bishops had been scheduled to act on his resignation in September.

Pope reportedly explored the Roman Catholic Church again for a period of time 1998 but returned in December of that year.

Pope is the second retired Episcopal Church bishop this year to announce his departure for the Roman Catholic Church. Former Albany Bishop Daniel W. Herzog and his wife told Presiding Bishop Katharine Jefferts Schori in March of their intention to leave the Episcopal Church, and asked to be removed from his orders.

Welcome back! It’s always good to have a Catholic Pope. 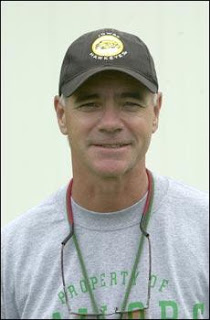