Humans Are Not Alone in Mourning, Animals Grieve Too 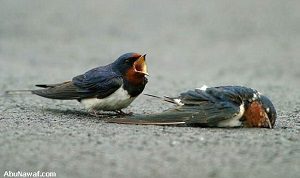 Do animals grieve? The question has been asked repeatedly, and evidence has suggested that at least some animals do have the capacity to mourn. The most recent show of animal grief has come from the Southern Resident killer whale pod off the coast of British Columbia.

An orca gave birth to a calf that died shortly after its birth. The mother, labeled J35, has refused to abandon the body of the calf. Instead, she has been carrying the corpse around and keeps pushing the sinking body to the surface of the water as if encouraging the calf to breathe. J35 is unusual in terms of the length of time she has been tending to the body of her dead infant, but the actual behavior is familiar. The Center for Whale Research stated that killer whales and dolphins possess very strong bonds between mothers and their offspring. When calves die, the mothers will carry and defend their dead infants for up to a week.

Deborah Giles, the science and research director for Wild Orca, put a name to what everyone was thinking. “She doesn’t want to let [the calf] go,” Giles said. “It is that simple. She is grieving.”

How many emotions animals possess and the complexity of those emotions are questions that have haunted scientists studying animal behavior for years. Evidence suggests, however, that when it comes to grief, animals feel it just as keenly as humans. Elephants have been seen defending the bodies of the dead, dogs have repeatedly returned to where they last saw their masters or their owner’s graves and primates have been seen holding what can only be described as wakes. The howls of wolves have changed in response to a pack mate’s death, magpies have been seen laying grass by their dead and foxes have been observed covering dead mates with sticks and dirt.

For both animals and humans, death is an inevitable part of life. That does not mean, however, that the living do not mourn for the ones that have been lost. Social animals such as wolves, elephants and primates have been seen turning to other family members in order to deal with the aftermath of grief. Humans, of course, often do the same thing. It goes to show that when we are at our lowest with grief, humans are united with the animal kingdom. Death makes no distinction when it takes, and those who mourn the lost are not so different from one another, regardless of whether they have fur, feathers or human faith. 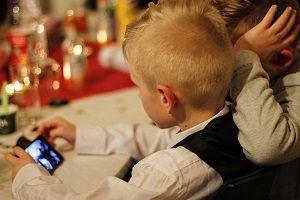 Study Finds Children Would Rather Do Chores, Homework Than Play Outside
archives most recent
More from Beliefnet and our partners
previous posts