Risk and the Teenage Brain 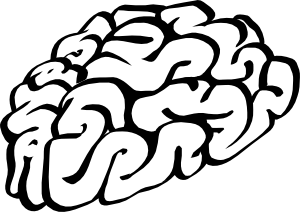 “Our brains undergo a massive reorganization between our 12th and 25th years.” This National Geographic story on what’s happening in the circuits and neurons of the teenage brain is pretty fascinating. Having once been a teenager, I’m aware that teenage behavior is often unexplainable, irrational, and frustrating to grown-ups. Now science confirms that it’s not just a generational thing. It’s chemistry. The brain changes that take place between adolescence and adulthood — during which teenage brains are still “works in progress” — make them intellectually clumsy when it comes to resisting temptation, staying focused, and making good decisions.

This is according to a National Institutes of Health project that did brain scans of more than a hundred teenagers during the 1990s.

From the article, written by David Dobbs:

These studies help explain why teens behave with such vexing inconsistency: beguiling at breakfast, disgusting at dinner; masterful on Monday, sleepwalking on Saturday. Along with lacking experience generally, they’re still learning to use their brain’s new networks. Stress, fatigue, or challenges can cause a misfire. Abigail Baird, a Vassar psychologist who studies teens, calls this neural gawkiness—an equivalent to the physical awkwardness teens sometimes display while mastering their growing bodies.

Dobbs gives some advice about dealing with teenagers. For instance, why do they take so many risks?

To see past the distracting, dopey teenager and glimpse the adaptive adolescent within, we should look not at specific, sometimes startling, behaviors, such as skateboarding down stairways or dating fast company, but at the broader traits that underlie those acts.

Let’s start with the teen’s love of the thrill. We all like new and exciting things, but we never value them more highly than we do during adolescence. Here we hit a high in what behavioral scientists call sensation seeking: the hunt for the neural buzz, the jolt of the unusual or unexpected.

Risk-taking peaks during the teenage years.

This shows reliably in the lab, where teens take more chances in controlled experiments involving everything from card games to simulated driving. And it shows in real life, where the period from roughly 15 to 25 brings peaks in all sorts of risky ventures and ugly outcomes. This age group dies of accidents of almost every sort (other than work accidents) at high rates. Most long-term drug or alcohol abuse starts during adolescence, and even people who later drink responsibly often drink too much as teens. Especially in cultures where teenage driving is common, this takes a gory toll: In the U.S., one in three teen deaths is from car crashes, many involving alcohol.

But it’s not that they don’t recognize risks, Dobbs explains. Teens actually tend to overestimate risk. But they’re more willing to take a risk because of the potential reward:

Teens take more risks not because they don’t understand the dangers but because they weigh risk versus reward differently: In situations where risk can get them something they want, they value the reward more heavily than adults do.

Social pay-offs are among the biggest rewards. This means teens will take bigger risks while among their peers than while alone, because their social worlds are their whole worlds. And the process of having a crazy, changing, elastic brain during teenagerdom is completely necessary for the development of a sound, responsible adult brain. So be patient with your crazed teens, moms and dads. In a lot of ways, they can’t help it.

Anyway, if you’re interested in brain science — or if you’re the parent of a maddening teenager — the full article is worth your time.