They Used to Mail BABIES?!?

This is crazy. At one point in the history of the U.S. Postal Service — after parcel post service was introduced in 1913 — it briefly became possible to send a child somewhere else in the United States by mail. I am totally not making this up.

According to the Smithsonian:

After parcel post service was introduced in 1913, at least two children were sent by the service (with stamps attached to their clothing, the children rode with railway and city carriers to their destination). The Postmaster General quickly issued a regulation forbidding the sending of children in the mail after hearing of those examples.

You’d think so. Whatever it cost to mail a baby (did they calculate it by weight?), I’m pretty sure it wasn’t enough.

The explanation above comes from the notes accompanying the below photo from the National Postal Museum. They identify it as a city letter carrier posing for “a humorous photograph,” so this is probably not one of the actual babies that got mailed. But let’s pretend we don’t know this, because it’s awesome. 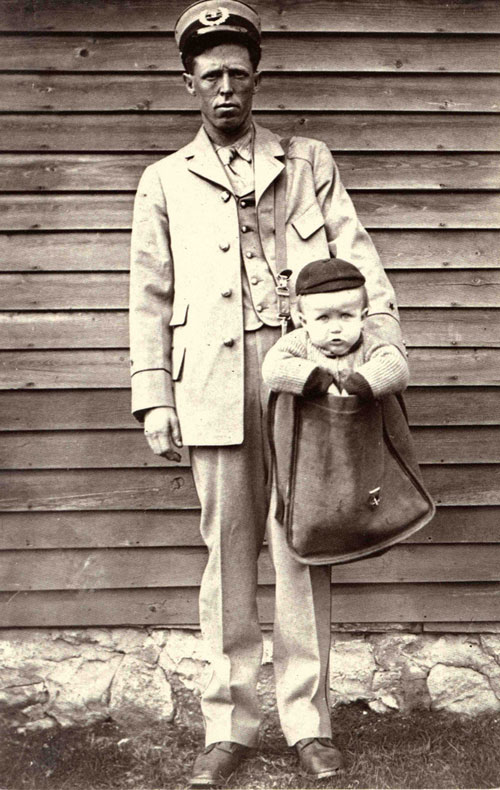