How to Land Your Kid in Therapy

Lori Gottlieb’s recent article in The Atlantic has been on my mind for the last few weeks. Titled “How to Land Your Kid in Therapy,” it’s about a potential epidemic of generational malaise, or how the contemporary parental obsession in creating idyllic childhoods for kids may end up leaving these same kids unprepared for the challenges of the real world—or for the lack of challenges in the real world. While studying for a degree in clinical psychology, Gottlieb describes how she kept running into patients who had great families, strong friendships…and a surprising amount of emptiness about their lives. They were indecisive, paralyzed by decision-making, “unable to trust [their] instincts and stick to [their] choices.” They were adrift in grown-up life and finding that the world was less amazing than they’d expected.

Gottlieb couldn’t figure out what was wrong with them…and why there were so many young people ending up this way in her therapy sessions:

But after working with these patients over time, I came to believe that no florid denial or distortion was going on. They truly did seem to have caring and loving parents, parents who gave them the freedom to “find themselves” and the encouragement to do anything they wanted in life. Parents who had driven carpools, and helped with homework each night, and intervened when there was a bully at school or a birthday invitation not received, and had gotten them tutors when they struggled in math, and music lessons when they expressed an interest in guitar (but let them quit when they lost that interest), and talked through their feelings when they broke the rules, instead of punishing them (“logical consequences” always stood in for punishment). In short, these were parents who had always been “attuned,” as we therapists like to say, and had made sure to guide my patients through any and all trials and tribulations of childhood. As an overwhelmed parent myself, I’d sit in session and secretly wonder how these fabulous parents had done it all.

Until, one day, another question occurred to me: Was it possible these parents had done too much?

Here I was, seeing the flesh-and-blood results of the kind of parenting that my peers and I were trying to practice with our own kids, precisely so that they wouldn’t end up on a therapist’s couch one day. We were running ourselves ragged in a herculean effort to do right by our kids—yet what seemed like grown-up versions of them were sitting in our offices, saying they felt empty, confused, and anxious. Back in graduate school, the clinical focus had always been on how the lack of parental attunement affects the child. It never occurred to any of us to ask, what if the parents are too attuned? What happens to those kids?

As a dad who struggles to find a balance between being an active, present parent for my kids but also allowing them enough slack in the leash that they can experience difficulty, this article hit me between the eyes. Do I do too much for my kids? Do I make their lives too easy? Are they too sheltered? Am I creating pampered narcissists? Am I too attuned to their lives and obsessed with their own happiness? Instead of reacting instinctively to catch them when they fall (metaphorically speaking, since they’re older now), ought I let them go through a painful tumble or two?

Also: In using the phrase “slack in the leash,” am I unconsciously treating my kids as pets? Shouldn’t I maybe reword that sentence? 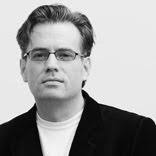 Meet a Dad: Tor Constantino
archives most recent
More from Beliefnet and our partners
previous posts