Today’s dad is my friend Scott McClellan, who lives in Dallas, Texas, and is a big advocate for adoption and foster care.

I’m a writer, editor, and conference director for an outfit called RT Creative Group. I’m the least talented one of the bunch, but I’ve made peace with that.

What can you tell us about your family?

My wife and I have two girls — one just turned three and the other is only a few weeks old. Needless to say, we’re tired.

Hardest question ever? Honestly, I’m not sure there’s anything that qualifies me as an above-average dad. But I have tried something that I bet most dads haven’t: I’ve tried to educate myself. One of our daughters joined our family by way of adoption, which can potentially present some challenges along the way. In hopes of being the best parents we can to our kids, my wife and I have read books, participated in training events, and connected with other families on similar journeys. At the risk of generalizing, my guess is that most dads avoid that thing.

My kids aren’t old enough to experience fully-realized exasperation, but I can already see it coming. I can’t resist a good pun or a corny “Dad joke” (much to my wife’s chagrin), and there’s no way my kids are going to appreciate it.

For me, there are two things that are constant struggles. The first is the ever-present temptation of self-centeredness. When I’m tired, stressed, hungry, or whatever, it’s often difficult to pause and consider what the kiddos need from me.

The second is trying to remember that my kids don’t think and communicate like I do. I’m the analytical type, but my daughters aren’t. At least not yet. For the time being, we see and understand the world differently, and that can be incredibly frustrating. The good news is that this should only be a problem for the next 20 years or so.

What is your absolute favorite thing to do with your kids?

There’s nothing quite like a father/daughter Royal Rumble on a king-size bed. The louder and more theatrical, the better.

I’ve heard a few different people (how’s that for specificity?) espouse the idea that your children don’t need you to be perfect, they just need you to be present. Yes, there’s still pressure on us to show up, but there’s no pressure to perform up to anyone’s idealized standards.

This might sound weird, but I’ve found it really helpful to view everything my daughter does as temporary. If she has been sleeping really well for a few weeks, I’m thankful, but I don’t get too excited — it’s temporary. Sooner or later, she’ll go through a stretch where she doesn’t sleep well. If she has a week where she has a bad attitude, I don’t despair — it’s temporary. Sooner or later, we’ll work through it together. Whether it’s general behavior, eating habits, minor illnesses, following instructions, etc., I’ve found that the “it’s temporary” outlook keeps me from getting too high or too low. In fact, it keeps me on my toes. Regardless of how things are going right now, something else is just around the corner.

I tweet — @ScottMcClellan — and I maintain a modest personal blog — ScottLikes.com. 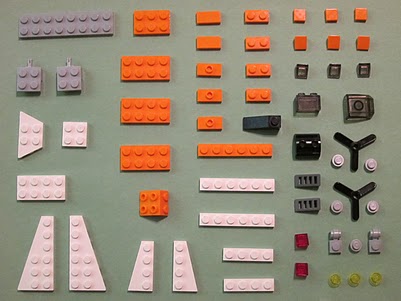