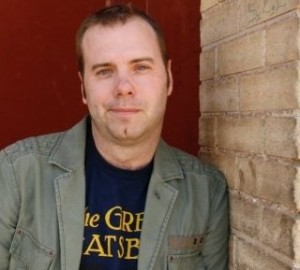 Today’s dad is my friend Rob Stennett, who writes fun satirical novels and lives in Colorado.

What can you tell us about your family?

Two daughters: Claire (2) and Julianna (4). A wife named Sarah. A dog named Maddie (also a girl). Lots of girls in my house. I used to have man cave but now it’s decorated with Barbies and Tinkerbell.

I try to teach my daughters everything about the world. I tell them about how plants grow, the importance of exercise, and the basics of three-act structure in movies. I don’t talk them like adults necessarily, but I try to break everything down like I’m walking set of cliff notes. But only if they ask. I don’t want to be one of those dads who regurgitates everything he’s learned just to puff himself up.

But if my daughter asks, “Will Woody save Buzz?” I’ll answer, “He has an important decision. See he just jumped out the window. He can’t go back. This is the end of act one.”

My daughters are young. They’re not quite in the “I get embarrassed by dad phase.” I used to think I’d be the cool dad. I wanted all the kids in the neighborhood to say, I wish Mr. Stennett was my dad. But I don’t really want that anymore. Actually, I really want embrace every embarrassing dad cliché there is. I’ll tell bad jokes and wear sandals with socks and bring out picture of the girls getting baby baths on prom night.

I feel like I was sheltered when I was a kid so I don’t want to be the dad who raises my kids like they’re Amish. I told a friend I watched ET with my daughter the other day and he couldn’t believe it. He said, “That movie is kind of scary for a 4 year old.” I thought, It’s ET. He’s not jumping out of someone’s stomach during spaghetti dinner. His finger glows, he makes bikes fly, and he eats Reese’s Pieces. Plus it’s amazing cinema. It’s not rotting their minds like Dora. But I don’t know. Maybe they have a point. Maybe ET is too scary.

In fact, I often fear I’m just trying to correct all the things in my own childhood with my daughters. And that seems messed up too. I should just parent based on making the right decisions. But it’s weird how things from childhood seem to pop up during parenting. When I was kid I had some crazy ideas about God for instance. And now just the other night my daughter prayed, “God, give me a baby brother.” It was so sweet and sad and great. But I wondered: How is this prayer going to shape her views on God? What if we don’t have a boy? Will that make her skeptical and hurt her faith? Or what if we do have a boy? Will that make her think God just answers any prayer?

I don’t know. I guess there are a lot of challenging aspects of fatherhood. And I have a feeling it only gets more challenging from here.

What is your absolute favorite thing to do with your kids?

Swimming. Nothing better than being a dad in a pool on a hot summer day.

Let me be honest. I felt so guilty the first time I read this question a couple of weeks ago. I thought, Dang it. I don’t ever get advice from other dads. So, I took the best dad I know out for lunch and said just tell me what it takes to become a great dad. I’ve talked about parenting with other fathers since then. And I guess that’s the best thing you can do. Don’t try to go it alone. Find dads you admire and ask how they do it. Share advice with other dads when they ask it. Live in community.

And read. I started reading Manhood For Amateurs because Michael Chabon is a brilliant literary mind and I wanted to see what he’d say about fatherhood. This blog is another good place for dad’s to spend some time reading.

Try to spend lots of time teaching, playing with, and listening to your kids. Some dads are great teaching but they never play with their kids. Others play all the time and then never invest to show their kids how the world works. Other dads won’t just listen to their kids about how their day went or what problems and fears they’re having.  Our kids need a mix of all of those things. That’s what being a dad is.

I’m not a pro at blogging or tweeting so the best way to know my writing is to read my novels The Almost True Story of Ryan Fisher, The End Is Now, or Homemade Haunting. 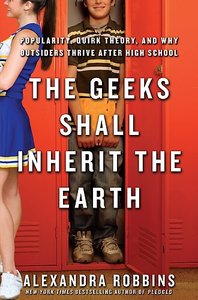