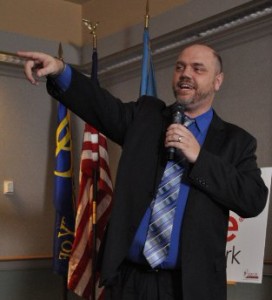 Today’s dad is my buddy Ken Grant, who is the marketing director for a company called Analtech (yes…that’s the real name) and is informally known as the godfather of social media in Delaware.

I’m Ken Grant. I’ve had the privilege of working in media and politics. These days I’m a marketing director for a lab manufacturing company and I try to cause trouble whenever I can. I have two kids from my first marriage — Justin is 18 and just graduated from high school, Kelsey is 17 and is on schedule to graduate next year.

Like previous respondents, let me clarify that I have never claimed to be an above-average dad. I would argue there’s probably more than a few people who would argue that I’m less than average.

That being said, I think I try to offer some guidance to without being too controlling. I try to learn along with the kids, and I try to include them in many of the things I’ve done over the years (which means they were hanging out in bars when they were 10 for some political events, but I think that’s also given them a good sense of working with people from different backgrounds).

Allowing them to make some mistakes and learn lessons on their own. You want to step in and save them from any potential pitfalls, but experience shows that they will only learn some lessons if they go through them on their own.

What is your absolute favorite thing to do with your kid?

My kids and I really enjoy good movies and concerts (got to take them to see Bob Dylan last year), and getting involved with fun community projects (Newark Giant Freeze, Adventures of Ana).

Allow the child to explore – and explore with them. Do crazy stuff. Invite them into your world. Be vulnerable. (I know: that’s more than one piece.) 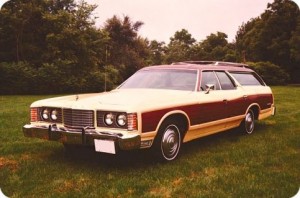