“The Bible is Not a Prop”: Religious Leaders Enraged by Trump’s Church Visit

Last night, President Donald Trump took a photo holding a Bible in front of St. John’s Church, but it didn’t go over as expected. Religious leaders are outraged by what they see as a misuse of the Christian faith.

Peaceful protesters were just outside of the White House gates when Trump began his walk to the church. In order to make his way through, protestors were dispersed using tear gas, flash grenades, and rubber bullets. Curfew for the area had not yet started. Trump had just finished giving a speech about police brutality in the Rose Garden.

A former St. John’s minister, Gini Gerbasi, was among those attending to the protesters in front of the church when the police moved in.

“We were literally DRIVEN OFF of the St. John’s, Lafayette Square patio with tear gas and concussion grenades and police in full riot gear,” she wrote in a Facebook post.

Rabbi Jack Moline, president of Interfaith Alliance, said in a statement Monday, “Seeing President Trump stand in front of St. John’s Episcopal Church while holding a Bible in response to calls for racial justice — right after using military force to clear peaceful protesters out of the area — is one of the most flagrant misuses of religion I have ever seen. This only underscores the president’s complete lack of compassion for Black Americans and the lethal consequences of racism.”

The church, which opened in 1816, is known as “the Church of the Presidents”. It has hosted every president since James Madison. Trump’s visit, however, was unannounced. Church authorities were angered that the White House didn’t bother to alert them.

“There was no reaching out, no sense that it would require some sort of authorization before using the church as a backdrop in that way,” said the Right Rev. Mariann Edgar Budde, Episcopal bishop of Washington.

Budde, along with other leaders, were further insulted by Trump’s actions at the church. He did not pray, offer Bible verses or the like. Instead, he shared “a message antithetical to the teachings of Jesus.”

“It almost looked like a prop,” she told NPR. “That is the most sacred text of the Judeo-Christian tradition. It speaks messages of love, of God, love of neighbor. I was outraged that he felt that he had the license to do that, and that he would abuse our sacred symbols and our sacred space in that way.”

“I am outraged. The President did not pray when he came to St. John’s, nor as you just articulated, did he acknowledge the agony of our country right now,” Budde additionally told CNN’s Anderson Cooper.

When asked if Trump was a regular at the church, Budde said no. Instead, she believed his moves were a “charade”.

“He is not a man of prayer on Sunday morning…He is not one to worship at St. John’s regularly or any of the churches of our diocese,” she explained. “This was a charade that in some ways was meant to bolster a message that does nothing to calm — to calm the soul and to reassure the nation that we can recover from this moment which is what we need from a President, and that’s what the faith communities stand for.”

This photo-op came after nearly a week of protests across the country, some of which have turned violent, in reaction to the death of George Floyd. He died at the hands of the Minneapolis police. Budde was clear that she did not stand with the President’s actions.

“We align ourselves with those seeking justice for the death of George Floyd and countless others,” she continued. “And I just can’t believe what my eyes have seen.”

“This was done in a time of deep hurt and pain in our country, and his action did nothing to help us or heal us,” Curry said.

“Using the Bible as a prop while talking about sending in the military, bragging about how your country is the greatest in the world, and publicly mocking people on a daily basis, is pretty much the opposite of all Jesus stood for.”

He added: “Let me be clear. This is revolting. The Bible is not a prop. A church is not a photo op. Religion is not a political tool. And God is not a plaything.” 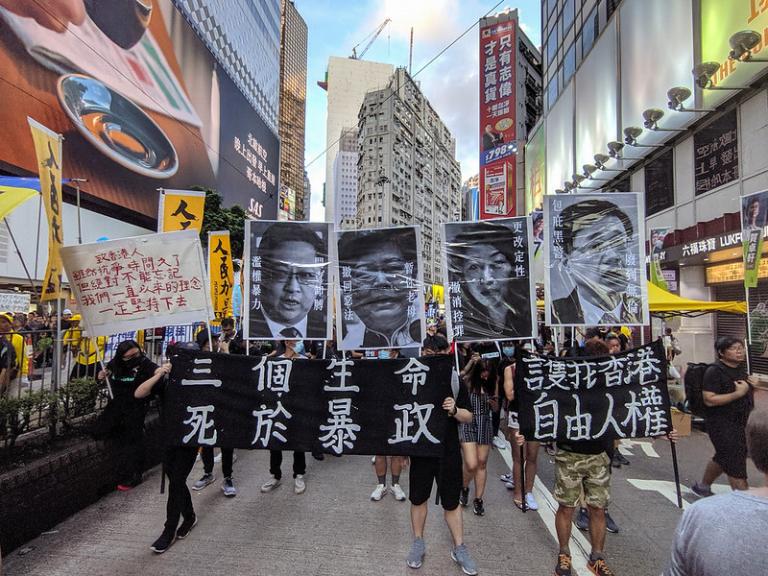