This past Easter weekend was a scary one for many. In Dora, Alabama, a tornado rampaged through the city, with one gas station completely destroyed and several people injured. Not all the damage has been accounted for yet, and even worse news could come out of this.

One man, Trey Dunnam, had some positive news to share on Facebook, though. A local church, Lawler Baptist, had major roof damage. Outside the church stood three crosses, and one was left upright after the tornado on Easter. The middle cross which represented where Jesus was hung.

Dunnam’s Facebook Live video has been shared over 46,000 times and has over 680,000 views. People from all over commented “Hallelujah” and “Praise God” to show their supports. Many were thankful for this sign from God on such an important Christian holiday. 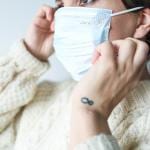