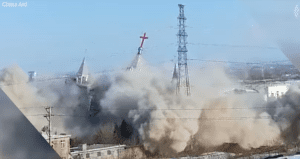 The crisis was made apparent recently by the Sri Lanka attacks on Easter, when Islamic extremists targeted three churches and three hotels in Colombo in a series of bombings. The attacks killed 253 people and injured hundreds more.

“Evidence shows not only the geographic spread of anti-Christian persecution, but also its increasing severity,” the report states. “In some regions, the level and nature of persecution is arguably coming close to meeting the international definition of genocide, according to that adopted by the UN.”

The review found that eradicating Christians and other minorities through violence was the explicit objective of extremist groups in Syria, Iraq, Egypt, northeast Nigeria and the Philippines.

These groups are not only murdering Christians for their faith but also whitewashing all evidence of their existence by destroying churches and removing religious symbols such as crosses. Clergy are also being targeted for kidnapping and killing.

“Arrest, detention and imprisonment are common in Iran, Egypt and Saudi Arabia. For example in the course of six days before Christmas 2018, 114 Christians were arrested in Iran with court cases left pending as a form of intimidation. Though most cases in Iran involve converts, indigenous Christians such as Pastor Victor, an Assyrian Christian, with his wife, Shamiram Issavi, have also been targeted and imprisoned.”

Hunt described the report as “truly sobering”. Hunt, an Anglican, has made the issue of Christian persecution one of the major themes of his foreign secretaryship, something he felt that has not been addressed correctly in the last few decades. He continued saying “personally, I think it is partly because of political correctness that we have avoided confronting this issue.”

“The inconvenient truth,” the report finds, is “that the overwhelming majority (80%) of persecuted religious believers are Christians”.

The report shows that a century ago Christians comprised 20% of the population in the Middle East and north Africa, but since then the proportion has fallen to less than 4%, or roughly 15 million people. 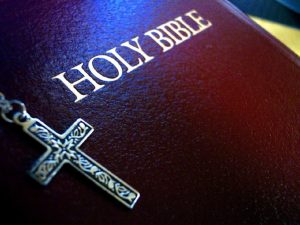