Is Biblical Prophecy Being Fulfilled? Life Continues to Flourish in Dead Sea

For those who have visited the lowest point on the face of the earth, Ezekiel’s end-of-days prophecy of the Dead Sea coming to life seems impossible. Yet recently, scientists have been shocked to discover that the sinkholes appearing around the sea are quickly filling up with fish and other forms of life previously unseen in the inhospitable region.

It is known as the Dead Sea because of its barren environment and scarcity of aquatic life. The sea is comprised of 37% salinity; almost ten times saltier than the ocean.

Israeli photojournalist Noam Bedein of the Dead Sea Revival Project says, however, that the Dead Sea is “anything but dead,” and called it the “eighth wonder of the world.”

The existence of fish in the Dead Sea, a reality that seems to contradict the laws of nature, has been explained by science and Biblical prophecy alike. Hundreds of researchers and universities have chimed in on the reasons why the Dead Sea is reviving.

But this is no scientific miracle, said Bedein – it’s Biblical prophecy becoming true.

In Genesis 13:10, the Bible tells of a the valley where the Dead Sea is now and how it was an incredibly fertile and well-watered region. In later books the Bible continues that the landscape changed when the fire and brimstone destruction of Sodom and Gomorrah turned the valley into a wasteland.

Later prophecies speak that water will flow east from Jerusalem into the Dead Sea, and these bitter waters will fill up with fish and the surrounding desert will begin to grow life.

This is found in Ezekiel 47:8-10 which says “He said to me, ‘This water flows toward the eastern region and goes down into the Arabah, where it enters the Dead Sea. When it empties into the sea, the salty water there becomes fresh. Swarms of living creatures will live wherever the river flows. There will be large numbers of fish, because this water flows there and makes the salt water fresh; so where the river flows everything will live.  Fishermen will stand along the shore; from En Gedi to En Eglaim there will be places for spreading nets. The fish will be of many kinds—like the fish of the Mediterranean Sea.”

“A place that was once cursed in Biblical times, now you can come here to the Dead Sea, explore the sinkholes and see fish where the water has receded – fulfilling prophecies from Ezekiel who talked about the land flourishing and blooming when the Jews return.”

He continued: “The curse is over, and this place and its minerals are now bringing life to people around the world.”

Here is more you can learn about the past discoveries scientists have made in recent years. 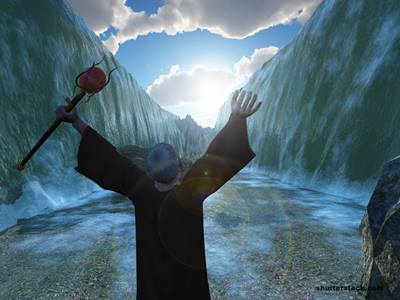 A stabbing at Grace Baptist Church in San Jose, California left two people dead and three others injured. The church congregation and the greater Christian community are mourning this tragic loss. In a press statement Monday, the city’s mayor called the stabbing “horrific”. “Our hearts are torn for the victims and their loved ones in […]

Christian Songwriter "Disgusted" by Believers Who Decline to Wear Masks

Popular Christian songwriter Nichole Nordeman took to Twitter this week to share her disdain for Christian who refuse to wear masks because they believe it infringes on their rights. The series of tweets came just hours after the songwriter lost her aunt to the novel COVID-19 virus. “My aunt was diagnosed w/ Covid this morning […]

Astronaut Victor Glover blasted off to the International Space Station in SpaceX’s Resilience this last week, but he wanted to make sure God’s Word came with him. Glover, a Christian, took communion cups and a Bible with him and plans to utilize the internet connection aboard the craft to access faith-based programs. The 44-year-old said […]

Top evangelical advisors are coming out in support of Donald Trump, saying he has a legal right to fight the results of the 2020 presidential election. Trump’s Democratic opponent, Joe Biden, was announced the winner by major networks. Evangelist Franklin Graham tweeted out on Monday that it should be left to the courts to “determine […]