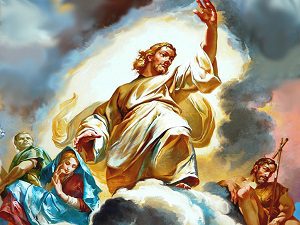 There is a new figure predicting the end of the world, and it is not what anyone would have expected. The notoriously secular search engine giant, Google, has apparently jumped on the apocalyptic bandwagon. People recently discovered a bizarre warning of Armageddon that can be found through an equally bizarre method. To uncover the message, set Google Translate to the West African language of Yoruba and type the English word “dog” into the box 22 times. Then, tell the system to translate the string of words into English. The message that appears reads, “Doomsday Clock is three minutes at twelve. We are experiencing characters and dramatic developments in the world, which indicate that we are increasingly approaching the end times and Jesus’ return.” The message was briefly available if the same method was applied using Hawaiian instead of Yoruba.

The message has largely been dismissed as a strange prank on the part of a Google employee or a mistake on the part of the A.I. Google uses to translate words and phrases. The A.I. is apparently trained by translating various portions of texts that have already been translated from one language to another. One of the most popular texts to use for such translation trainings, regardless of whether the trainee is human or a frighteningly clever artificial intelligence, is the Christian Bible. This is due both to ease of access to the Bible and the wide variety of languages into which the Bible has already been translated.

Although some are claiming that the message was inspired by angels, it is most likely a strange fluke. Google Translate is notorious for strange or incorrect translations, and this is not the first time bizarre messages have been uncovered when people attempt to translate something odd. Furthermore, the message is technically incorrect. The real Doomsday Clock, a metaphorical clock which is used to symbolize the danger of nuclear war, bioterrorism, plague and other catastrophes, is actually set at two minutes to midnight, not three.

The message is certainly unusual and anything referring to the Second Coming is unexpected from Google, but it is not a warning that most people are likely to take serious. There may well be a surge in people who are researching the Doomsday Clock and the politics behind the time is displays, but an odd warning from Google Translate will probably not drive people to pick up their Bibles. Instead, there are likely to be more people wondering why on earth someone tried to translate “dog” 22 times in the first place.

The world-renowned Pastor, author, and film-producer has inspired millions with his ministries.