What Is Engaged Buddhism? 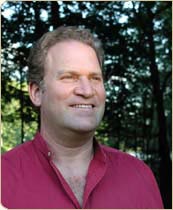 If I could go away for extended meditation retreats and study Buddhism with full heart and mind, I would want to be listening with expanded focus to the teachings of Lama Surya Das. Some people feel he has over-Americanized Buddhism, loosened its strictures, made the cushion a little too comfortable, but his writings speak to me and my concerns directly.

He has lived his material, and makes it come alive for others in his books, tapes, blog, and public addresses. If you are a beginner to Buddhist studies, I think you’ll find his work alive and accessible. (And oh–a reminder–you can practice Buddhism and still remain as good a Jew, Christian, Muslim, etc., as ever).

For your reading pleasure, here’s an excerpt from Lama Surya Das’s most recent column, which addresses the common desire to bring greater peace, safety, health, and contentment to all the world’s citizens. What can we, as individuals, do to support peace and nonviolence (besides the obvious activities–like voting or volunteering–within our smaller community)? The answer, he says, cannot be fully fathomed by meditating for long periods in removed settings (so already, my desire to do just that has been gently rejected by him as any kind of solution). We must stay engaged in our lives as we’re living them, opening up more fully to compassion (which is tougher to do in traffic on Flatbush Avenue, than on a scenic mountaintop). So Lama Surya Das sends me back to where I started, being the most compassionate wife, mother, and writer I can be right now.

He says, “Transforming the self transforms the world. Can you see that when you become clear, things in general become a lot clearer? It’s worth reflecting on and it’s worth defending. Too many of the few people I know who actually practice nonviolence have forsaken the political process and much of modern life, finding harmony through the simplicity and purity of their own contemplative, principled lives—-often outside of cities and the work-a-day world. These people seem to represent a loss, an untapped natural resource…

“If we want to transform the world, we must engage in it. Certainly we need to work externally for peace in the world, for disarmament among nations, and against injustice, racism, and genocide; ‘The gift of justice surpasses all gifts,’ according to Lord Buddha in the ancient Dhammapada.

“His Holiness the Dalai Lama has written, ‘I think it is important to acknowledge here that nonviolence does not mean the mere absence of violence. It is something more positive, more meaningful than that. The true expression of nonviolence is compassion, which is not just a passive emotional response, but a rational stimulus to action. To experience genuine compassion is to develop a feeling of closeness to others combined with a sense of responsibility for their welfare.'”